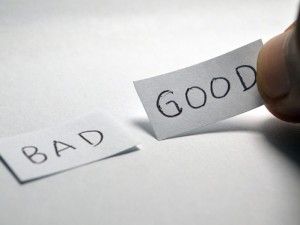 A few weeks back I posted a piece on being conservative. In it I suggested that in every sphere of life there are foundational absolutes to be conserved. This is so because God is the immutable source and standard of all that is good and true and beautiful. There is in God’s truth system no genuine subjectivity of any sort: all things are as they are because God created them that way, not because they have some sort of reality independent of him. As Cornelius Van Til intimated on multiple occasions, every fact in God’s universe (propositional or non-propositional) comes to mankind pre-interpreted, that is, with a reality and meaning fixed by God before and apart from any input or response by God’s creatures. There is no such thing as non-foundational truth. All truth relates to God.

It was with this in mind that I became troubled a few weeks back to discover an article by Chris Cone warning believers to “Beware Objective Standards Where Only Subjective Ones Are Provided.” In his article Cone walks through sixteen qualifications for pastoral ministry discoverable in 1 Timothy 3 and suggests that each one is a “subjective” qualification. He writes, for instance,

Cone is correct, of course, to point out that the material in 1 Timothy 3 is neither as specific nor or as comprehensive as we would like it to be. It does not contain in its words alone all that we need to make a crisp decision whether a pastoral prospect is generous or stingy, gentle/peaceable or violent, able to teach or unable to teach, etc. And Cone’s advice not to invent binary standards to make the choice simpler is a worthy concern.

What troubles me is Cone’s apparent solution to the thorny problem of “the one and the many” that he offers in this essay. The problem of the “one and the many,” in brief, is the problem of relating the very many particulars of human experience to transcendent universals (or in the Christian system, the universal that is God himself). Van Til introduces the problem this way on page 10 of his Introduction to Systematic Theology:

When man looks about him and within him, he sees that there is a great variety of facts. The question that comes up at once is whether there is any unity in this variety, whether there is one principle in accordance with which all these many things appear and occur.

Van Til goes on to suggest that (among those who accept that an answer to this question may be had) there are two basic answers to this problem:

To summarize, any truly Christian epistemology views all revelation/truth as absolutely objective and foundational. All revelation means exactly what God meant, irrespective of what the human reader and all of his experiences brings to the interpretation process. Now this does not mean, to be sure, that God’s revelation is comprehensive. We regularly encounter gaps in our application of Scripture that call for discernment/wisdom and above all the full use of the analogia scriptura. And even after the most exhaustive use of these tools we may yet be wanting in our pursuit of the application of which God is most approving. And that’s OK—to suggest otherwise would be to dismantle the Creator/creature distinction and demote God to not-God.

But what Van Til further insists is that we can never treat this gap between God’s knowledge of a thing and our knowledge of a thing as an area of neutrality or subjectivity in God’s truth system. To be subjective, according to Merriam-Webster, is to be “characteristic of or belonging to reality as perceived rather than independent of mind.” That is, it falls to the “subject” (i.e., the creature) to complete the gap in meaning that God has chosen not to disclose. But this can never be. As Van Til continues, God alone is the principium essendi of all knowledge, and any suggestion of subjectivity in the realm of epistemics is, in Van Til’s words above, an instance of “non-Christian thought.”

Far be it from us to suggest that the gap between God’s knowledge of a thing and our knowledge of a thing be a matter of subjectivity, an area of divine ambivalence that a creature gets to fill in however he chooses. True, revelation has its limitations. It does not always give precise answers about what is good (ethics), what is true (epistemics), and what is beautiful (aesthetics). But this imprecision must never be interpreted as indifference in God or as a license for us to bridge that gap with personal preference. In every case it falls to the creature to more thoroughly search the whole revelation of the divine so as to close that gap, so much it lies within us, from above.