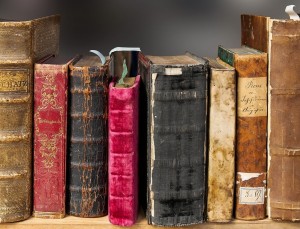 A few weeks ago I asked the question concerning how much those committed to evangelical faith should engage with progressive scholarship.[1] The reader’s responses were helpful, pointing mostly to limited and purposeful engagement. Let’s say we follow this advice and have students engage with works by those opposed to the divine origin of Scripture. How do we prepare them for such reading?

I believe the role of presuppositions in biblical interpretation is the first place to begin the discussion. How do we approach the Bible? In other words, in what ways does my approach to Scripture differ than my approach to, let’s say, The Scarlet Letter?

Progressive scholarship and evangelical scholarship answer this question quite distinctly. While evangelicals might demand that Scripture be read like other literary works (e.g., don’t read its historical sections as allegorical), at a deeper level, evangelicals cherish the Word, believing it comes from God (i.e., it is inspired). Progressive scholars—though there are a great variety—tend to approach the Scripture simply as any other document. Many deny divine authorship. And even if divine authorship is granted, the human element overrides any theological distinctions we might make on the basis of divine authorship (e.g., inerrancy).

Ernst Troeltsch codified what he believed were the three necessary presuppositions of a “critical” scholar, and I think they fit for what many progressive scholars maintain:

Notice the autonomous nature of these presuppositions. Methodological doubt is a product of the enlightenment whereby everything must have evidential support before being entertained as true.[2] Analogy denies the activity of a transcendent God in creation. But if God exists (and He does) and if He is sovereign (and He is), one can’t deny the possibility of unique events in history—even miraculous events. Finally, Correlation gets to the core of the issue. From a Troeltschian perspective, evangelicals are biased, for we believe in the intervention of God into world history. This impacts the other two presuppositions, for since we believe God authored a Book, then we do not approach that Book with methodological doubt, and since we believe God acts in history, we believe in the possibility of utterly unique and miraculous acts.

I would argue that the evangelical scholar approaches Scripture with almost the exact opposite presuppositions:

Of course, some progressive critics might protest. They believe no one can be objective and believe these things. And I would agree with them. I am not objective. But—and here is the key—neither are they! To deny the possibility of God’s involvement in the world is not objective; rather, it is making a definitive claim about the nature of the world and how it ought to be understood. Further, I would argue that the one who leaves the question of God’s existence an open possibility is also not objective. Romans 1:18-20 indicates that man knows God, and yet through self-deceit and sin he seeks to escape that knowledge.

In the end, there is no such thing as absolute objectivity. I say this not only because we all come to interpretation with previous knowledge, but also because one’s relationship to his or her Creator determines the way he or she views the Scriptural text. In the end, the best we can do for our students is to explain the fundamental nature of presuppositions. Understanding such presuppositions can do two things for our students. First, it helps them make sense of readings of Scripture that are entirely foreign to them. Second, it allows them to critically engage with the reading at the level that matters most—the presuppositional level. Frequently, the difference between the conservative and progressive position is not based on the text; rather, it is based on what one brings to the text. Showing that a progressive scholar’s bias has influenced his reading of the text is key to recognize that the fundamental difference between conservative and progressive scholars is not that one is “scholarly” and “objective” while the other is not. Instead, both are deeply biased. The ultimate question, then, concerns whose presuppositions (and therefore bias) is correct?

[1] I will define a progressive as one who evidences a negativity towards or even an outright denial of the divine origin of Scripture. Of course, there may be some who want to call themselves progressive scholars without holding to these positions, but because there is no final authority for the definition of labels, we will use it in the sense I just described.

[2] Two examples come to mind here. Descartes’ “I think therefore I am” is the product of such thinking. He began with methodological doubt about everything and determined the only thing he could know was that he was thinking. Another philosophical example comes from William Clifford’s famous phrase, “It is wrong always, everywhere, and for anyone, to believe anything upon insufficient evidence.” Of course the problem with that claim is that it cannot be proved by evidence!

Ben Edwards
Commented On 26 Feb 2021
Aaron, I assume you are including the idea that the restrictions on churches are consid...