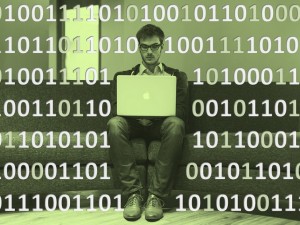 Is our world a simulation? That position has been expressed in the past.[1] Some of the more well-known theories come from Descartes and the movie, “The Matrix.” According to Descartes, it is possible that our world experience is the hallucination caused by a malicious demon. For The Matrix, a future world is taken over by machines that need humans as food. These machines have attached probes to the brains of humans causing them to experience sensations the humans believe are real. The real reality is that they are in a tube, but they are ignorant of this.

Clearly, only philosophers and screenwriters can come up with such fanciful tales, right? Wrong. According to a recent article, “There is a growing school of thought in the scientific community that we are all living inside a computer simulation designed by a super-advanced civilization.” Notice, this is within the scientific community. You know, the one that purportedly deals only with observable and testable facts. The article goes on to explain, “This is not some fringe idea dreamed up by a weed-smoking wackadoodle in a psychedelic VW van. This is mainstream scientific theory.” Clearly, the author of the article, Steve Tobak, invests great authority and weight to “mainstream scientific theory,” which he suggests is not compatible with ideas merely invented by the creativeness of a single subject.

Apparently, this idea, called the “simulation theory,” derives from Nick Bostrom of Oxford University who theorized that a highly advanced people (called post-humans) might be running simulations of their own evolutionary experience. I think it is important to note that Bostrom is a philosopher, not a scientist. That is, he has not examined the physical world and come to the conclusion that we are in a simulation.

Why do I bring this theory up? A couple of things strike me as interesting. First, I believe this theory is attractive because it purportedly explains why the world is as ordered and structured as it is. If we could explain reality as the creation by a superior race of people who planned our world to be this way, then we can explain why it is so arranged. In this way, this theory reminds me of Richard Dawkins who believes it is possible that advanced aliens “seeded” our planet. Both views propose an advanced race that produces the order we see today.[2] But—and you know where I am going—why can’t this be a transcendent Person (or Triunity) instead of advanced aliens or post-humans? Of course, Bostrom and Dawkins would deny this claim on the basis that God is not natural. Yet, their position does not ultimately solve the problem they see in creation, for they have only moved the discussion—we still have to answer where the advanced race comes from. I think proposing aliens/post-humans serves as a temporary buffer between these men and the obvious design in creation. The ultimate question, however, is whether life could have started without design in the first place. Pushing the issue back is a clever ploy, but such a regress does not adequately address the presence of order and structure in creation.

Second, I believe this shows that mainstream science does not reject God on the basis of their scientific method. If they excluded theories on method, the lack of any proof for aliens or post-human life forms would eliminate such theories from consideration. Instead, God is excluded because of the scientist’s presuppositions. He assumes that all there is, was, or ever will be is nature. As such, God cannot be the answer, for He has been excluded from the outset. In my opinion, if a mainstream scientist can hold to a model of origins that appeals to a higher intelligence that one has not observed, it is not a great distance to make an appeal to the Highest Intelligence, which has not been directly observed.[3] A rejection of a Higher Intelligence (i.e., God) is based on presuppositions, while the acceptance of higher intelligences (aliens, post-humans) is also based on presuppositions. The difference is not scientific method.

Third, I have not noticed Bill Nye asking Bostrom to stop teaching children his theory. But if he were consistent, I think he should. Nye believes that the imposition of a Creator into science hinders science so that one who believes in creation science cannot be an engineer. While he does not develop his argument, the point seems to be that if a God can arbitrarily modify nature, then science is not stable and able to be consistently observed. The same would theoretically apply to a virtual reality world. Of course, Bostrom might reply that post-humans do not hinder science since they have established laws that nature follows.[4] If so, Bostrom would be using the same argument believing scientists make concerning the compatibility of science and God’s existence.[5]

Finally, I find it interesting that the greatest criticism of the theory is its centrality on humanity (see the original article above). The author calls the theory “narcissistic” because it assumes that humanity is central to the world. The article cites Harvard Physicist, Lisa Randall, who offers this criticism: “I actually find the egotism of thinking that if there were simulators around that they’d come up with us kind of audacious and ridiculous.” But perhaps there is a reason we believe the world is created for man. I would argue that such a belief is communicated through the image of God in man. Because we were designed to be the rulers over creation, there is naturally a recognition of man’s superiority over creation. Because what God says is true, this is not narcissistic; rather, it is a humble recognition of our role as God’s image that necessitates our ruling over creation well.

In conclusion, articles such as this remind us that we continue to see idolatry in our age. While society will mock those who make idols of wood or stone, they still make ideological idols. Aliens and post-humans offer an alternative to God. A “better” alternative, for God, due to His transcendence, requires obedience, but aliens and post-humans (non-transcendental) do not require obedience. Further, if we ask who these advanced people are, we find that they are humans, but only more advanced. In other words, are they not made in our own image?

[1] A simulation refers to an artificial reality. A good analogy might be virtual reality in a video game. What happens in the game is not real, but it is designed to be as life-like as possible.

[2] Dawkins’s alien model explains less, however, for his position only explains biological elements, while Bostrom’s post-human model could potentially explain all order and structure in reality.

[3] I speak here only of what is observed by the scientist, not by humanity in general.

[4] Interestingly, the Matrix implies that “science” or “reality” can be modified by those who know how to modify the “rules” of the simulation. The result is what would be called “miracles” by those within the simulation.

[5] In short, believers argue that while God can modify the normal function of creation, His involvement in creation is intentional and therefore does not hinder the scientific enterprise.