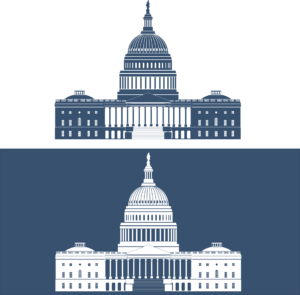 The last several months have included a lot of opportunities for Christians to think about the government. Contested elections, controversial judicial decisions, political scandals, progressive laws, and changing health orders have led believers to wrestle with what they may have previously thought about their government.

As Christians have been forced to reconsider their understanding of the role of government, there is a danger that we will have our thinking shaped by political leaders, media members, friends and family, or other human individuals and institutions rather than by God’s eternal truth. It is important to think biblically rather than just historically or politically when determining what government is and how it should function. How does God want us to view government, and how should we respond to it? Romans 13:1–7 is probably the clearest and longest New Testament passage on this issue and will be a good starting point in determining a biblical view of government.

Let every person be subject to the governing authorities. For there is no authority except from God, and those that exist have been instituted by God. 2 Therefore whoever resists the authorities resists what God has appointed, and those who resist will incur judgment. 3 For rulers are not a terror to good conduct, but to bad. Would you have no fear of the one who is in authority? Then do what is good, and you will receive his approval, 4 for he is God’s servant for your good. But if you do wrong, be afraid, for he does not bear the sword in vain. For he is the servant of God, an avenger who carries out God’s wrath on the wrongdoer. 5 Therefore one must be in subjection, not only to avoid God’s wrath but also for the sake of conscience. 6 For because of this you also pay taxes, for the authorities are ministers of God, attending to this very thing. 7 Pay to all what is owed to them: taxes to whom taxes are owed, revenue to whom revenue is owed, respect to whom respect is owed, honor to whom honor is owed. — Romans 13:1–7 (ESV)

There is a general command at the beginning of the passage: Everyone must submit to the government. This command is universal. All people must submit, though the audience of Paul’s letter and, thus, his focus is believers. Those to whom believers are to be subject are people in positions of authority in the government.

Paul then provides two reasons for this command. The first is given in the remainder of verse 1 and verse 2: Government is instituted by God. All authority, including government, is ultimately put in place or ordained by God. This truth is found throughout Scripture: God raised up Pharaoh (Ex 9:16), Cyrus (Is 44:28; 45:1), Nebuchadnezzar (and other kings) (Dan 2:21; 4:32) and Pilate (Jn 19:11). Since God orchestrates the periods and boundaries of nations, it is clear that all governments are set in place under his sovereign will (Acts 17:26).[1]

Since government has been instituted by God, Paul draws the conclusion in verse 2 that those who resist government are resisting God. If someone is in a state of rebellion against government, he is rebelling against God and will receive judgment for his rebellion. That judgment likely includes both temporal punishment from the government as God’s servant and, potentially, ultimate condemnation by God himself.

The second reason for the command is found in verses 3 and 4: Government bears the sword as God’s servant.[2] Government is designed to maintain order in society. Generally speaking, you do not need to fear the government if you do what is right (e.g., you do not get as nervous seeing a police officer if you are not speeding). Instead, you can expect a measure of commendation from the government for doing what is good.

That is because Christians should see government officials as God’s servants for their good. Often the officials are unaware that they are serving God, but they are accomplishing his purposes to allow society to properly function.

The flip side is that government has also been given the ability to punish those who do wrong (“the sword” probably indicates the punishment goes up to and includes capital punishment). Government officials can serve God as an avenger that works to carry out God’s wrath in the present age. As Paul reminded the church in Romans 12:19, individuals are not to carry out personal revenge since God is the ultimate one responsible for righting wrongs. And he often does so today through the governments he has instituted.[3]

In verse 5 Paul restates the general command and the two reasons. One must be in subjection (command) to avoid God’s wrath (second reason) and for the sake of conscience (first reason). The conscience here is not focused on a sense of guilt that comes from disobeying, but a sense of obligation that proactively recognizes the responsibility to submit to authorities God has put in place. Even if you are not going to be punished (because the government will not see or discover your wrongdoing), it is still sinful not to submit.

In verses 6 and 7, Paul finishes with a final appeal and command: Taxes are being and should be paid in light of government’s purpose and role. When he says, “you also pay taxes,” it is not a command but a statement: you are currently doing this. That fact demonstrates that you already recognize the truth that government is the servant of God and, therefore, needs to be supported through taxation in order to carry out its necessary function. Paul concludes with a set of commands to give what is owed to government officials—whether taxes, respect, or honor.

We could summarize Paul’s teaching in Romans 13:1-7 like this: Believers must submit to and support government as a God-ordained institution designed to commend good and punish evil.

There are several questions we could discuss in light of the teaching of this passage (including some I have already addressed). But here I would like to briefly consider two questions this passage helps answer.[4]

Do you only need to be afraid of government if you do what is wrong?

Paul understood that government could still cause problems even if you are not doing evil: he experienced it, and, of course, Jesus experienced it! Paul is writing this letter while Nero is emperor. Yet even “bad” governments play some role in punishing evil and commending good (even the most corrupt governments are opposed to many kinds of murder, theft, etc.). Paul’s point is that generally you do not need to fear government unless you are doing evil.

Do you always need to submit to government? Are there any exceptions to this command?

I dealt with this more fully in this post, but I’d like to note three potential indications in this passage that Paul is giving a general principle of submission and not an absolute demand of obedience. First, by using the language of “be subject” rather than “obey,” Paul may be indicating a mindset that recognizes the authoritative position of government that would normally lead to obedience, but it may leave open the possibility that there would be times in which obedience is not demanded. Christians should have an attitude that respects the God-given authority of government and sees themselves as under it, but that attitude does not demand slavish obedience in every instance. That flows as well from the second indication in the text: governmental authority is not absolute but comes from God. Government possesses a derived authority, and all derived human authority (e.g., parents, church leaders) has limitations. Third, the appeal to conscience may set a limit to our obedience—we cannot obey government if that obedience would violate our conscience (Rom 14:14, 23).[5]

Principles for a Biblical View of Government

The Christian’s default position should be one of submission. Pastors should be communicating to their congregation that they should submit to government as God’s servant. Exceptions should be just that—exceptional, that is rare, uncommon, and unusual. Christians should be known for their willing submission to legitimate authority as a means of submitting to God.

[2] Though this could just be a reason for v. 2b, I think it is better, especially in light of v. 5, to see it as a second reason for the initial command in v. 1.

[3] It would be wrong for a Christian to pursue personal vengeance against those who have wronged him, but it would be right for him to pursue punishment for wrongdoing through the government.

[4] It might be good to note there are several questions this passage does not answer, like “Is it ever right to rebel against a tyrannical government to try to establish a more just one” or “How do you decide which government is the one established by God if there are completing claims for governmental authority?”

[5] This assumes our conscience itself is not so skewed that we would be violating God’s law if we followed it.