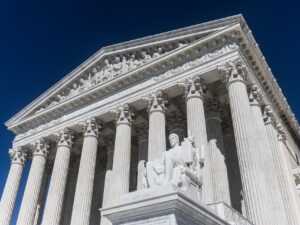 Submission to governmental authority does not depend on the commands/prohibitions being reasonable.

If submission to governmental regulations depended on their being reasonable, then that would mean unreasonable regulations do not carry authority. But that is not how we discuss authority from a biblical perspective, governmental or otherwise. While authority is generally exercised best when it is driven by good thinking and reasoning, submission to authority is not contingent on that. Those in authority do not have to explain why they are telling those under them to do or not do something. It is legitimate for police officers, parents, governors, military sergeants, etc., when their subordinates ask “why” after receiving a command, to reply: “Because I said so.” That’s how authority works.

And pastors recognize this nature of authority. A faithful pastor would:

Let’s consider a common example cited: churches must submit to governmental regulations concerning fire codes. But is that submission no longer necessary if the church concludes the fire code regulations are not reasonable? If the government is exercising legitimate authority in the fire codes, then churches need to submit whether or not they consider it reasonable. If you believe the reasonableness of governmental regulations is a factor in your response, you are tacitly admitting they do not have legitimate authority to command or forbid whatever issue you are considering.

Submission to governmental authority does not depend on the commands/prohibitions being temporary.

We know from Scripture that illegitimate authority does not require obedience even if it is temporary since it did not matter that Darius’s prohibition of prayer to any god (including the true one) was only for thirty days.

If that is true for the first limitation on authority (i.e., it cannot command disobedience to God), it would be reasonable to conclude that it is true for the second limitation as well (i.e., it cannot command outside its jurisdiction). If an authority seeks to regulate what God has given to a different authority, it does not alter the legitimacy of its authority if it only seeks to do so temporarily. If the government does not have legitimate authority to tell a parent they cannot use corporal punishment on their child or that husbands and wives cannot enjoy their conjugal rights, the government does not somehow gain legitimacy if it states the prohibition is only temporary.

Or to state it the opposite way: if the government has the legitimate authority to prohibit churches from observing the Lord’s Supper, singing, gathering as a whole assembly, shaking hands, etc., or can dictate the length of the church’s meeting, what day of the week it occurs, how many meetings it can hold in a week, that attendees must have face masks, how attendees are spaced in the meeting area, etc., then it can do so for 3 months, 6 months, 1 year, 5 years, or indefinitely. (To be clear, I’m not addressing whether or not the government has legitimate authority for any of the above—just noting that it can exercise it indefinitely and not just temporarily if it does have that authority.) Legitimate authority is not gained or lost based on the length of its exercise.[1] If you believe the temporary nature of the restrictions are a reason to follow them, then you tacitly recognize they are not based on legitimate authority.

Submission to governmental authority does not depend on the commands/prohibitions being both temporary and reasonable.

Some have appealed to other believers in the past who argued that government possesses the authority to temporarily command churches not to gather because of war, plague, etc. But if the war lasted 10 years, would governments still be exercising legitimate authority in prohibiting gathered worship (and if not, what would cause them to lose that authority)? Could the government also temporarily suspend gathered worship for a month to limit carbon emission (or what other issues would provide them temporary authority to suspend worship meetings)? Functionally, this argument is based on the prohibitions being both temporary and reasonable. I.e., it is reasonable to conclude in a war or in a plague that gathering to worship could be harmful to church members and/or the community, so the government can then temporarily suspend meetings. But, as already noted, neither being reasonable nor being temporary is a condition for legitimate authority. And if being reasonable and being temporary are not independently conditions for legitimate authority, neither is their combination.

Deference to governmental guidelines may depend on their being reasonable or temporary.

When legitimate authority is exercised, believers do not have the option of choosing whether or not to follow it. The only response is one of submission. However, just because government may not have legitimate authority to demand biblical submission in certain areas does not mean churches must reject or ignore what they say. Instead of submission, they may choose deference. Deference recognizes that a person or institution does not have the right/legitimacy to demand something from you but still complies for other reasons. And whether or not the demands are reasonable or temporary would certainly be a factor in deciding whether or not to offer deference.

For example: suppose a father tells his adult children, “No one can discuss politics at our Thanksgiving gathering,” which is occurring at the house of one of the children. The father does not have the authority for his demand, but the adult children may decide to honor his requirement because they believe it is reasonable (e.g., we always seem to fight when we discuss politics), and it is temporary (e.g., I can refrain from discussing politics for a day).

So, even if the government does not have the authority for the restrictions or guidelines they give, churches may, out of deference, decide that many or all of them could be helpful in addressing legitimate concerns (e.g., they are reasonable) and that the church can adjust some things for the time being (e.g., they are temporary).

But that approach recognizes that it is ultimately the church and not government that possesses the authority in those areas. Thus, wisdom and discernment need to be carefully exercised, and a variety of factors need to be considered, including:

Different churches/pastors, both around the country/world and even in the same area, will come to different conclusions on these matters because of how they evaluate these and other factors. And that means we should allow different churches to reach their conclusions about the wisdom of following the guidelines (out of deference) without accusing them of rebellion or cowardice.

[1]This is distinct from the reality that a person may be under an authority at one point in their life and later in life no longer be in that relationship, e.g., a child who has become an adult is no longer under parental authority, a citizen who has left one country for another, a church member who transfers, etc.