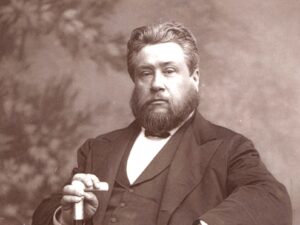 This semester Dr. John Aloisi and I are co-teaching a class called “Great Books.” We are working our way through various books that have had a significant impact for one reason or another. Recently we read a healthy portion of Spurgeon’s Lectures to My Students. If you have not read these lectures, you are doing yourself a disservice, both because of their intense practicality, as well as their occasional hilarity. Few writers have made me tear up in laughter, and Spurgeon is one of them.

There is a lot I could point to that I was encouraged by in the book, but the following quote captured my own view of re-qualification for those who have failed. The bolded section, which is actually a quote from John Angell James, succinctly captures the view I think the church should take towards such matters:

The highest moral character must be sedulously maintained. Many are disqualified for office in the church who are well enough as simple members. I hold very stern opinions with regard to Christian men who have fallen into gross sin; I rejoice that may be truly converted, and may be with mingled hope and caution received into the church; but I question, gravely question whether a man who has grossly sinned should be very readily restored to the pulpit. As John Angell James remarks, “When a preacher of righteousness has stood in the way of sinners, he should never again open his lips in the great congregation until his repentance is as notorious as his sin.” Let those who have been shorn by the sons of Ammon tarry at Jericho till their beards be grown; this has often been used as a taunt to beardless boys to whom it is evidently inapplicable, it is an accurate enough metaphor for dishonoured and characterless men, let their age be what it may. Alas! the beard of reputation once shorn is hard to grow again. Open immorality, in most cases, however deep the repentance, is a fatal sign that ministerial graces were never in the man’s character. Caesar’s wife must be beyond suspicion and there must be no ugly rumors as to ministerial inconsistency in the past, or the hope of usefulness will be slender. Into the church such fallen ones are to be received as penitents, and into the ministry they may be received if God puts them there; my doubt is not about that, but as to whether God ever did place them there; and my belief is that we should be very slow to help back to the pulpit men, who have been once tried, have proved themselves to have too little grace to stand the crucial test of ministerial life.