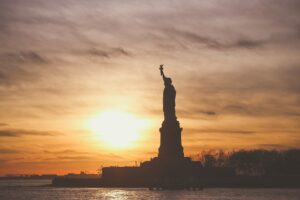 As Christians in North America continue to transition from governments that were largely favorable or neutral to Christianity to governments that demonstrate an increasing animosity toward traditional Christianity, believers and churches will be forced to wrestle more and more with the relationship between church and state (and family and state). When churches faced public opposition from governments in places like California, Ontario, and Alberta, many Christians criticized the pastors and churches who were gathering in opposition to government regulations. As I noted in my previous post, many of these critics are making the following argument:

Premise 1: Christians/churches must submit to all government regulations unless there is a clear command/prohibition in Scripture to the contrary.

Premise 2: There is no clear command in Scripture that a church must gather

In that post, I questioned the validity of the second premise, offering a more sound premise: There is no clear prohibition in Scripture against a church deciding it is best not to gather for a time, especially if they are providentially hindered.

But I think there are issues with the first premise in the argument as well. And again, I do not intend to present a positive, developed case for my position but instead to primarily critique the argument of others by considering its implications.

But before I continue my critique, let me commend two positives of the argument. First, this argument seeks to take seriously the teaching of Scripture that Christians are to be in submission to the governing authorities. The normal assumption should be that Christians will joyfully submit to government since it is God’s servant for the good of society. Second, the argument endeavors to ground any potential exceptions to the requirement to submit to government in appeals to Scripture and not in human opinions or desires.

Argument: Christians/churches must submit to all government regulations unless there is a clear command/prohibition in Scripture to the contrary.

But there are several issues Christians face where, even though they may not have a clear command or prohibition in Scripture, it would seem that obedience to Christ would require them to do or not do something. Consider the following examples. (NOTE: in the following examples, I don’t think there is the kind of clear, concise command/prohibition of Scripture that this argument requires, but I think sincere Christians could, and often should, conclude that the teaching of Scripture still expects and even necessitates certain behavior.)

Those who are insisting on a specific, clear command or prohibition are acting like the legalistic teenager who demands from his youth pastor, “show me the Bible verse that says I can’t do this!” Mature believers understand that many things we do in obedience to Christ do not rise or fall on explicit commands and/or prohibitions but require looking at broader biblical principles to determine whether we can do things “to the Lord” (Rom 14:6-8), “in the name of the Lord Jesus” (Col 3:17), “to the glory of God” (1 Cor 10:31), etc. We do not simply ask “did God say I can’t do this” or “did God say I must do this” but always ask “can and/or should I do this in honor of the Lord?”

Better Argument: Christians/churches must submit to every government regulation unless it would mean disobeying God (i.e., cause them to sin.)

I would hope all Christians would be willing to agree with the above exception: if obeying government means disobeying God, we cannot obey government. But if that is the only limiting factor on governmental authority over the church and family, that would permit government to exercise extraordinary control over those institutions. Consider the following examples, where I do not believe a strong case can be made that obeying the government would entail sin (at least not as strong as the earlier examples).

There are countless other scenarios we could envision. In these situations, should Christians/churches simply submit to the governmental regulations?

If your answer is “the government would never do that,” then consider whether the regulations that we have seen over the last year would have seemed possible a couple of years ago (and recognize that governments around the world have done and are doing some of these things).

If your answer is, “I may not like it, but I think Christians would need to submit to the government if they issued those regulations,” then you are probably fine with premise 1 as stated above.

If your answer is “I think Christians should submit if the government had good reasons for these regulations, or only required them for a time,” then you are actually admitting government does not possess this authority but you think it would be wisest to defer (not actually submit) to the regulations.

If your answer is “the government doesn’t have that kind of authority,” then you have rejected the first premise as stated. I think most Christians would answer along these lines, in part because we already recognize that government is limited in its authority, and churches and families have also been instituted by God and been given authority. Jesus taught that, while some things belong to government, other things do not belong to it (Mk 12:17).

Perhaps the only things that do not belong to government are the areas where obedience to God would conflict with government authority, but it seems more likely that the government would also be limited in some way by the other God-given authoritative human institutions. After all, just as a passage like Romans 13:1-7 simply requires generic submission, so do passages like Hebrews 13:17 and Eph 6:1. Why would we assume when there are conflicts between these authorities that the government is always the higher/rightful authority?

Which means we could strengthen our premise 1 even more by adding an additional qualification.

Even Better Argument: Christians/churches must submit to every government regulation unless it would mean disobeying God (i.e., cause them to sin) or the government is seeking to regulate something outside its sphere of authority.

I imagine some who have been using the argument I have been critiquing would be uncomfortable with this final premise. Who gets to decide whether or not submitting to government would mean disobeying God, or whether or not something falls outside of the sphere of government authority? The obvious answer is “God.” But, as a Baptist who believes the Bible teaches individual soul liberty and the autonomy of the local church, I think the final human answer has to be “individual Christians and local churches who are doing their best to think God’s thoughts after him.”

And if we can agree that this premise (or something close to it) is a better starting point for discussing when it may be permissible not to submit to the government, it will lead to three positive outcomes.

First, we can move the discussion to the real point of contention: does this issue result in disobedience to God, and does it fall under legitimate governmental authority? Far too often, people simply throw out Romans 13 or Hebrews 10 like they are spiking the football after scoring the winning touchdown (and acting as though those they are critiquing have never encountered or considered those passages). Citing Romans 13 (or similar passages) is not a final answer, since everyone recognizes there are limitations to governmental authority. And citing Hebrews 10 (or similar passages) is not a final answer, since a church would not necessarily be sinning if they did not gather temporarily.

Since there will be some disagreement among godly Christians as to whether or not specific governmental regulations would require disobedience to God, and even more disagreement as to whether or not it would be wise to comply with government regulations that have intruded on other spheres, the final outcome will be that Christians should be more charitable to, gracious with, and supportive of those who come to different conclusions.

[1] Remember, our concern is not with whether a particular governmental regulation could be upheld under the U.S. Constitution or the Canadian Charter of Rights and Freedoms, since many governments in history and around the world today do not recognize the God-given right of freedom of religion.

[2] Would doing so entail sin? If so, we should really rethink sending children to public schools, since, from a biblical perspective, religion and philosophy/worldview are basically the same (Col 2:8)!