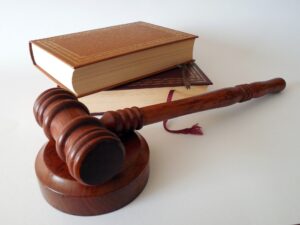 I suggested in a previous post that something like the following is a good foundation for determining the limits of governmental authority over the church:

Christians/churches must submit to every government regulation unless it would mean disobeying God (i.e., cause them to sin) or the government is seeking to regulate something outside its sphere of authority.

I also noted that we would still be left with figuring out who gets to make the call as to when something would mean disobeying God or when it falls outside the God-given sphere of governmental authority. I suggested that such decisions should be made by individual Christians and local churches who are doing their best to determine and follow God’s will.

In this post, I would like to explain more fully why I think individual Christians and local churches should be making the decision and address some potential objections against that position. As I stated in the previous post, my belief that the Bible teaches individual soul liberty and the autonomy of the local church leads me to the conclusion that individual Christians and local churches must bear the responsibility for determining when they will not submit to the government.

Individual soul liberty means that, as a believer, you have the capability and responsibility to study God’s Word to determine what you must do to obey God (Rom 14:5-12; 1 Cor 2:15-16; 2 Cor 5:9-10; Col 2:20-23; Jas 4:12; 1 Jn 2:20). While it is important to seek the wisdom and counsel of other godly believers (especially your church leaders), ultimately you will be responsible to God for the choices you make. You do not need someone else to mediate God’s will for you, and you will not be able to blame anyone or anything else (including your family, employer, church, government, etc.) for your failures to obey. No one and nothing else can ultimately bind your conscience before God. You are responsible for your obedience and disobedience.

Autonomy of the Local Church

The autonomy of the local church means, in part, that “that the local church is…solely responsible to…maintain pure doctrine and practice” (1 Tim 3:15; Jude 3; Rev 2-3). With Christ as its head, the local church has no higher human authority outside of itself that can dictate what it believes or how it must carry out its God-given mission.[1] That means local churches must be the final human arbiters as to whether or not a government regulation would lead them to deny biblical truth or interfere with the accomplishing of their God-given mission.

Though some may agree with the theory of individual soul liberty and the autonomy of the local church, they may still find themselves nervous about the idea of allowing individuals and local churches to decide when they are not required to submit to government regulations. Here are some potential objections they could raise:

But this is, at best, a misunderstanding/misreading and not really an objection. We are not discussing the matter from the angle of what a government should or should not do, but from how Christians should respond to the government (whether the government is “Christian,” secular, Muslim, Hindu, Marxist, etc.)[2] The government is not bound by the consciences and decisions of individual Christians or local churches (or any other individual or religious body), and they maintain the option to enforce any regulation or law and to carry out the consequences for violating it.

People bent on pursuing their own sinful and selfish ends can and will twist biblical truths and principles to attempt to justify their sin, though that does not mean the truths and principles are not, in themselves, biblical, true, and good. But there are two additional safeguards against this abuse. The person must be willing to face the consequences the state could bring against them if they do not submit, which makes it less likely someone would flippantly ignore government regulations. But more importantly, every person will ultimately have to answer to God for their decisions, and he knows our motivations and desires better than we do and will judge justly.

No, there is still an objective standard: God and His Word. But the doctrine of soul liberty has always recognized that there is an inevitable element of subjectivity—you are responsible for your beliefs and actions, which means you must determine for yourself what God demands of you. Romans 14:14 even states that something could be sinful for one person and not for another. Further, there is no way to avoid this level of subjectivity: what purely objective standard/principle could be offered in its place? Is there some authoritative body that can give us the authoritative application of biblical truth in every situation so that individual Christians and local churches would not need to apply it for themselves?

This objection could arise from a legitimate concern or from an illegitimate one. The legitimate concern is that Christians should not have a reputation for being anti-government or anti-authority. We should be known as those who strive to submit to those in authority as servants of God, and anytime we believe we cannot submit to the government we must do so in a way that still seeks to honor government officials (e.g., Dan 3:16-18; 6:21).

This objection, in some ways, is a specific application of the next objection (one that focuses on the recent pandemic). But it comes up often enough that I think it may be helpful to address an aspect of it separately. If the reason it is wrong for a church to meet is that it would be putting its own members and its community at risk, then it would be wrong for a church to meet even if the government was encouraging the church to gather. It does not become wrong only when the government restricts it. Thus, this objection has no bearing on the question of when churches should or should not submit to government regulations.

But this objection is actually conflating the “what” and the “who” in the decision-making process. It is important not only to consider what the right decision is but also who is responsible for making it, and the two are not necessarily connected. If you do not want local churches or individual Christians making these decisions because you are afraid they will get it wrong, that means someone else must be responsible for making them. And is that other person or institution more likely to get it right than those who have God’s Spirit in them, recognize their responsibility before God, and are doing their best to study his Word in order to please him?

Perhaps more importantly, the decision-making process is not determined by who is most likely to provide the outcome we prefer. The question is who has been given the responsibility for making the decision.

Inevitably, individual Christians and local churches will come to the wrong conclusions when considering the limitations of governmental authority. And they will be held accountable by God for reaching those wrong conclusions. But that does not mean they should not be the ones responsible for making that call.

[1] In the words of the 2nd London Baptist Confession: “To each of these churches therefore gathered, according to his mind declared in his word, he has given all that power and authority, which is in any way needful for their carrying on that order in worship and discipline, which he has instituted for them to observe; with commands and rules for the due and right exerting, and executing of that power.” Chapter 26, Paragraph 7

[2] Additionally, I am not sure adherents of other religions could use the same argument, since other religions do not include the various doctrines used to support this position (e.g., nature of faith and conscience, soul liberty, separation of church and state, etc.). So, if they would be borrowing from the Christian worldview if they tried to make this argument.

[3] In both situations, they would be sinning.

[4] Here, they would only be sinning in the first scenario. Which means Christians should be especially cautious when concluding something is outside of the government’s authority.