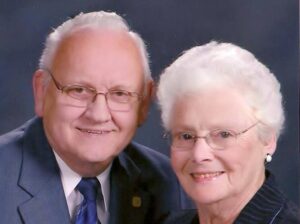 Pastor Richard A. Harris (1934–2021) was the pastor of my youth. By God’s grace and through his efforts the Bethel Baptist Church of Sellersville, PA, was chartered in 1962 in an unlikely patch of Bucks County that, despite the otherwise booming growth of that county, has remained delightfully undeveloped. Despite what would be considered by most church-planters a terrible location, God blessed, and built a church of significance, one that averaged roughly a thousand attenders during most of my two decades there.

Pastor Harris officiated my parents’ wedding in 1964 and shepherded my family into the early 1990s, when, one by one, we all moved away from the area. Pastor Harris was a strong preacher, an influencer in Fundamentalism, and one whose convictions led at times to conflict. But I remember him, in the truest understanding of the word, as my pastor. Pastor Harris never lost sight of the fact that his primary duty was to watch over the souls of the sheep that our Lord Christ had entrusted to him. He embodied the concept of “soul care.” He always had time to talk with me, and I remember well several conversations we had together in his office as I considered my life’s vocation.

Pastor Harris retired from Bethel in 2000 after some serious health issues, but remained active in various ministerial venues until his health finally failed him. His was a slow decline, and it is likely that his death this week will go largely unnoticed, even by those who knew him. But I would be wrong not to “remember the pastor who introduced me to the Word of God, to consider the outcome of his way of life, and to imitate him” (Heb 13:7).

A Saint in Glory Stands.