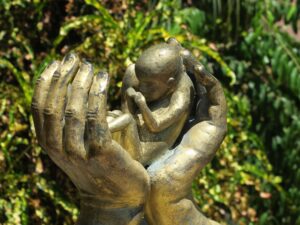 According to the World Heath Organization, over 42 million abortions were performed across the globe in 2020, making abortion the leading cause of death.

This Friday marks the 48th anniversary of the Roe v. Wade Supreme Court decision that legalized abortion in the United States.

Though Christians should be united in condemning this moral atrocity, some have even attempted to misuse Scripture to argue that abortion is morally permissible. One key passage is Exodus 21:22-25. Over 20 years ago, Dr. Robert McCabe, former professor of Old Testament at DBTS, wrote a brief explanation of the passage, demonstrating that it supports the consistent biblical view that an unborn child is a human made in the image of God:

“If men strive, and hurt a woman with child, so that her fruit depart from her, and yet no mischief follow: he shall be surely punished, according as the woman’s husband will lay upon him; and he shall pay as the judges determine. And if any mischief follow, then thou shalt give life for life, Eye for eye, tooth for tooth, hand for hand, foot for foot, Burning for burning, wound for wound, stripe for stripe.

There are two principal views of this passage: the miscarriage view and the premature birth view.

Many holding the miscarriage view take this passage as a reference to a situation where two men are fighting and one of them happens to hit a pregnant woman who suffers a miscarriage (“so that her fruit depart”) but she herself is not harmed; the offender then must pay a fine (v. 22). However, if something subsequently happens to the woman, then the offender was to suffer punishment in proportion to the damage that he has inflicted upon the woman (vv. 23–25). Since the law of retaliation is applied to the woman and only a monetary compensation for the aborted fetus, it is implied that the woman had a higher value than the unborn child. This is then used to infer that under some difficult circumstances, a voluntary abortion is justifiable because the mother’s life has more value than the unborn child. This is the view of some commentators and translations. For example, some translate the clause “so that her fruit depart” as “so that she has a miscarriage.” Against this view, it should be observed that the Hebrew verb translated as “depart,” when used in the context of childbirth, is never used for a miscarriage. Furthermore, the noun “fruit” is normally translated as “child,” “son,” or “boy.”

When the noun “fruit” or “child” is used with the verb “depart,” this can only be understood as a reference to a premature birth. This view correctly sets forth that Moses was describing a situation where two men were fighting and one of them hits a pregnant woman causing her to give birth prematurely. However, there is no “harm” (“mischief” in vv. 22 and 23 may also be taken as “harm”) but because of the potential danger for the mother and her child, a fine was to be enacted (v. 22). If, however, there was harm, a penalty corresponding to the crime was to be enacted (vv. 23–25). For example, if either the mother or her child died, then a capital punishment would have been in order. Rather than being a justification for voluntary abortion, this is actually a solid text to suggest that the life of a child in its prenatal state is of equal value to its mother. Consequently, the unborn child is fully human.”