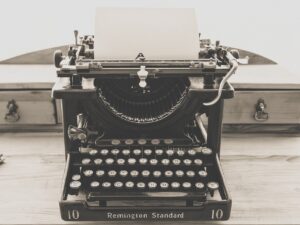 I teach a class on research and writing here at DBTS. I don’t consider myself a gifted writer, but I’ve tried to be a student of good writing, and I’ve had some draconian editors along the way who have helped me in no small measure (HT: Andy Naselli).

People sometimes ask me to identify the greatest deficiencies in seminary writing today. My short list of advice goes something like this:

My students sometimes misunderstand the first and most important item on the list, “Use strong verbs.” By it I do not mean “use highbrow verbs” (e.g., replace say with soliloquize or eat with masticate). What I mean is

It’s the last of these points that I want to develop in this post.

My dislike of compound verbs developed when I took a course in German a few years back. The German language sports a lot of compound verbs, and they are a cause of consternation for first-year German students. We use compound verbs in English, too, but less formally. For instance,

Bill made a song about three little bunnies up for his children.

The verb in this sentence is made up. Your English teacher will likely tell you that the verb is made, and the word up serves either as an adverb or an improper preposition. But neither explanation of up is exactly right. What we have here is a carryover from German, in which this verbal structure is a staple. In German, the lexical form of this verb would be to upmake.

As one may imagine, this makes German lexicons difficult to use and terribly redundant. Under up you’ll find dozens of verbs (say, upbring, upget, upgive, upgo, upmake, upshut, etc.); under down you’ll find all the same roots again, now prefixed with down; under out the same roots prefixed with out, and on and on with scores of other verbs and prefixes. Germans also have a penchant for compounding their compound words by adding prefixes to existing words, creating compound-compound words or even compound-compound-compound words. Some of these are in the dictionary; others are not. I was not fond of them.

Thankfully, in English one can almost always find a simple verb to replace a compound verb, and in almost every case, the simple verb is better. All can see, for instance, the rhetorical superiority of “Arise My Soul Arise” to “Stand Up, Stand Up for Jesus.” In our sentence above, relief is palpable when the sentence revises to

Bill composed a song about three little bunnies for his children.

We can do this with all of the Germanesque verbs that we invented above:

Examples of this phenomenon are practically endless. The goal here is not bigger or more “scholarly” words (whatever that means), but simpler, more precise, and more rhetorically pleasing verbs.

Tips abound for improving one’s speaking and writing. I’ve found replacing compound verbs with simple ones to be one of the more fruitful tips for me.