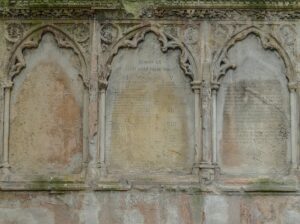 Over the years, dispensationalists have been called antinomian for many reasons. Mostly it’s been because of our tension with the so-called “third use” of the Mosaic Law: the appeal specifically to the Decalogue to inform Christian righteousness. Most Dispensationalists argue that the Mosaic Law in its entirety has been set aside and a new law inserted in its place—the Law of Christ. This “new” law is truly new, but as John points out, its contents are not entirely new (see the harmonization of John 13:34; 1 John 2:7–8; and 2 John 5); indeed, nine of the ten commands in the Decalogue are firmly established in the NT as features of the “new” law. As such, dispensationalists are not antinomian as a general principle; we simply reject the Mosaic Law as specifically normative for the Christian era.

Some dispensationalists, however, noting that the law of Christ may be summed up in a single virtue—LOVE—have suggested that love has replaced law in the Christian era, or, in ethical lingo, that virtue has replaced deontology as the guiding principle of Christian ethics. Phrases like “walking by faith” (2 Cor 5:7), “living by the Spirit” (Gal 5:25), “grace living” (Rom 6:15?), or “love as the fulfillment of the law” (Rom 13:8, 10; Gal 5:14) are interpreted to mean that Spirit-mediated virtue, rather than obedience, is the whole arbiter of Christian holiness.

This is incorrect. While love as the fulfillment of the law does inform us that law-keeping alone is an inadequate measure of sanctification, that does not mean that law-keeping is optional to sanctification. We still must obey the laws (else why would the NT writers have been so painstaking in giving so many hundreds of them to us?)!

The burden of the NT is not properly to release us from the duty of law, but to introduce us afresh to the love of law so beautifully reflected in the Psalms (Ps 119:97, 113, 163, 165). In ethical lingo, virtue has been elevated to a place of great prominence alongside duty in NT emphasis. Christian ethics, in summary, is a glad obedience to the whole law of God in Christ in the best interests of both God and neighbor.