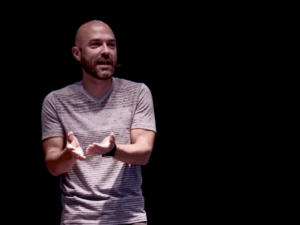 By now most have heard the news that Joshua Harris is leaving his wife and Christianity. Harris is most well-known for his book, I Kissed Dating Goodbye. It was a popular book when I was in high school, though I never read it. (Someone I respected later told me his second book, Boy Meets Girl, was better so I read some of it but never finished it).

For the past several years many from my generation have attacked Harris and his book as the epitome of what they considered a horrific and oppressive “purity culture” they endured and are still trying to escape from some twenty years later. In connection with this ongoing criticism, Harris had started publicly backtracking his former teaching in recent years, starting down a path of rejecting his earlier beliefs and ultimately arriving where he is today—rejecting Christianity as a whole.

G. Shane Morris has interacted quite a bit with this ongoing criticism of Harris and a rejection of “purity culture” for the last few years. He noted the victim mentality of many who were blaming people like Harris for where they are today rather than taking responsibility for their own choices. He questioned the common idea that “purity culture” wrongly blamed women for whether or not men lust after them. He noted the reality that the “purity culture” movement, even if not perfect, was warning about real damage from not following God’s good purposes to keep sexual activity within the bounds of marriage.

In response to Harris’s recent announcement that he is walking away from Christianity, Morris gives a needed reminder that much (most?) of the criticism against “purity culture” is actually just a criticism of the biblical sexual ethic. Yet for the last several years, many Christians have been publicly cheering on Harris as he backtracked his teaching, seemingly unconcerned with whether or not his transition was leading him to a more biblical position or one that simply better aligned with the spirit of our day. Yes, those who did not grow up in a Christian environment may find some of the practices of Christian parents and teens concerned about purity odd or restrictive but that does not necessarily mean they were wrong. We should probably be more concerned if a lost world that believes all sexual activity is good (with perhaps “consent” being the only limiting factor) did not find anything strange about a Christian’s approach to sexual activity and purity that sees it as God’s good gift to be kept between a man and a woman within the marriage union.

“Although I make no claims about what ultimately led Harris to where he is now, we must admit that his apology for his teaching on sexual purity was a step on the road that led him to abandon the faith. Those Christians who cheered that apology, celebrated it in religious and secular publications, and even piled on Harris when he was at his lowest, should have known better. I am not blaming them for his de-conversion. I am insisting that what he wrote was innocuous, and that those who jumped on the bandwagon to condemn his book and books like it should have noticed where that bandwagon was headed, and how many of their fellow passengers hated Christianity.

Caving to the spirit of the age always results in short-term validation. I’m sure the endorphin rush was first-rate when many children of the 90s denounced “I Kissed Dating Goodbye,” “virginity pledges,” “purity rings,” “true-love-waits diaries,” and all of the humble kitsch of a church trying its level best to keep kids’ heads above the cultural water. I’m sure the pats on the head from secular betters were gratifying—so gratifying that some didn’t notice they were no longer abjuring a way of teaching purity, but purity, itself.

Now that Harris has renounced Christianity, those who applauded his earlier retractions owe it to themselves to figure out when they should have stopped clapping. For the rest of us, this is a time to recall that Christian conviction was never supposed to make us popular with the world. Our beliefs—quite apart from any book or youth group exercise designed to teach them—are strange. And if we find ourselves too often agreeing with people who hate those beliefs, we should ask whether we’re exchanging this fabled culture of purity for its opposite.”