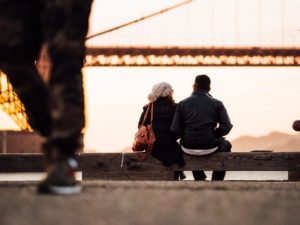 In one sense, the answer to this question is clear. Jesus indicated that it is the mark of his disciples that they forgive. In the parable of the Unforgiving Servant (Matt 18:21–35), we see that the man who refuses to forgive reveals that he has not truly been forgiven. Directly after the Lord’s prayer in the Sermon on the Mount, Jesus tells his disciples that if they forgive they will be forgiven, but if they refuse to forgive, then they will not be forgiven (Matt 6:14–15).

One may easily miss Jesus’ point in both of these texts. Jesus is not saying that someone who was forgiven has now lost their forgiveness; rather, he is saying that a true mark of his disciple is a willing spirit of forgiveness. Stated in terms of the parable, those who have recognized their 10,000 talent debt (200,000 years wages) and sought forgiveness for it will forgive the 100 denarii debt (100 days wages) of others.

The question I am asking, however, is whether a believer must forgive, even when the sinner is unrepentant. Recently I was reading a book by D. A. Carson in which he suggests the answer is yes. After indicating that the sin causing difficulty was years of incestual abuse, Carson said the following:

“One of the critical steps she had to take was to forgive her own father. That did not mean she was assuming his guilt; it meant she had to deal with her own bitterness and rage. For this she needed the Lord’s forgiveness; and in this context she needed to forgive the man who had abused her. This forgiveness had to be total and unqualified—and expressed to him, regardless of whether he responded in repentance or in wretched self-justification and anger.”[1]

This paragraph surprised me. What biblical justification can be offered for the claim that a person must express “total” and “unqualified” forgiveness to someone who has sinned against him or her? Obviously, the nature of this sin heightens the drama, but I would argue that even in less significant situations the same questions apply. For instance, imagine someone stole my lunch and later I discover it was none other than Dr. Snoeberger. I feel absolutely no obligation to knock on his door and tell him I offer “total and unqualified” forgiveness for his offense.

While Carson has put this in print, I have heard such sentiments in the public sphere as well. For instance, shortly after a young man killed three classmates, some students hoisted a sign proclaiming, “We forgive you, Mike.” [2] Some might claim that this is a distinctively Christian act, but I disagree.

The reason I reject this as the biblical model is that God Himself does not do this. Biblical forgiveness is accompanied by the repentance of the sinner. And since Scripture tells me to forgive as God has forgiven me (Col 3:13), then I see no reason to offer “total and unqualified” forgiveness to the unrepentant.

But God does hold out the offer of forgiveness to all. He tells all that forgiveness is available if they will repent. Accordingly, I must work towards a spirit of forgiveness. That is, I must be prepared to forgive and willing to forgive. This is not always easy, but remembering what God has forgiven me for (the 10,000 talents) helps me to forgive even the greatest sins committed against me (the 100 denarii).

Just the other day I was preaching at a church and I mentioned something similar to what I am saying here. A lady approached me with tears in her eyes, confirming that she heard me right. She was daily being verbally abused by an elderly mother, and she felt like she simply had to take the abuse and continue to offer “total and unqualified” forgiveness. She found great freedom in recognizing that she could express to her mother that forgiveness for the abuse was available, granted the mother truly repent.

There is a danger, I think, in seeking to be “more godly than God.” When we hold ourselves to a standard “above” what God does, we suggest that God should act that way too. Indeed, many in our culture think that if there is a God, He will simply forgive. We must fight against integrating this into our own thinking. Further, we must show others what God is truly like through our actions.

In sum, God does not call us to offer “total and unqualified” forgiveness to unrepentant sinners. He calls us to have a willing spirit to offer forgiveness to all who repent.

If you are interested in a book-length study on forgiveness that shares the perspective offered here, see Chris Braun’s excellent work Unpacking Forgiveness.

[1] Emphasis added. Carson, A Call to Spiritual Reformation: Priorities from Paul and His Prayers, 56–58.