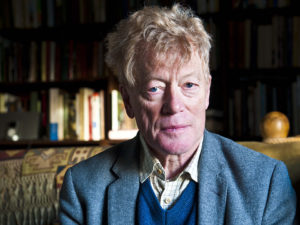 One of the most important philosophers of our day died last weekend, and almost no one noticed. Best known as a proponent of political conservatism (or Toryism in the British circles in which he lived much of his life), Sir Roger Scruton was also a champion of conservatism generally. His 50+ books touched a range of disciplines, most notably politics and aesthetics, but also culture, religion, philosophy, and art in its manifold forms. His most enduring works, arguably, are The Meaning of Conservatism and The Aesthetics of Music, though other volumes vie for this honor.

I do not know whether Scruton was a disciple of Jesus Christ. I know that he was a committed Anglican and a proponent of organized Christian religion as a staple of social stability. It is hard to disagree with him on this point, and less so with his general discussions of conservatism.

Sadly, conservatism is not a popular idea today within Christianity (even, ironically, within conservative Christianity). Sometimes this is true because conservatism is misunderstood; most of the time, however, it is true because conservatism is understood quite well and is despised for what it is. Conservatism, simply, is the philosophy that in every sphere of life there are transcendent and foundational principles of order to which society must conform in order to both survive and flourish. These transcendent principles, which manifest in fixed, natural laws, preserve culture from the chaos that necessarily ensues from non-foundational philosophies such as progressivism, individualism, democratism, and post-modernism.

Conservatism is not, as some suppose, the embrace of fading traditions, from earlier generations, that were once woke (this is just tired progressivism, and it is even more troubling than regular progressivism); nor is it the rejection of what is new. Instead, it is an understanding that what is new must conform to ancient, even eternal principles that establish, universally, what is good and beautiful and true. How these eternal principles are discovered is a matter of some debate. Some see them as matters of utility (what is uniformly good for the polis, as Aristotle taught); others as matters of providence. Christian conservatives typically fall in the latter: the good, the beautiful, and the true are general and providential manifestations of the divine.

Evangelicals are, by definition, conservative to a point. They understand the Bible to be an ancient truth deposit, but tend to see its scope as limited to what it addresses clearly and immediately: it is sufficient only for the spheres of doctrine and ethics, and nothing more—and even its dogmatic role in these spheres tends to shrivel as time passes (the decline of creeds and principles of regulated worship comes sharply to mind). The conservative idea that the Bible might be a source of transcendentals for other spheres of discourse (say, politics, aesthetics, economics, the arts, and so forth) is often met with skepticism and even outright hostility. To say there is a “right” way to think or act within these other spheres is considered elitist, discriminatory, bigoted, or racist. And no one likes to be tagged with these adjectives.

But there is within evangelicalism something that magnifies this problem. To be viewed as elitist, discriminatory, bigoted, or racist cuts deeply not only the man; but also (ostensibly) his effectiveness as a witness for Christ. And since all persons naturally recoil from sharp objects, some evangelicals recoil doubly from conservatism and even to turn on their conservative brothers as “legalists” or “Pharisees.” To be sure, legalism has at times found a foothold in the name of conservatism, and every conservative must be aware of the temptation to justify personal preference in the name of conservative principle. Still, if God’s Word speaks to everything (and it does), then conservatism need not be thought of negatively, but as a thoughtful exercise in being in the world but not of it; of bringing into captivity every thought to the obedience of Christ.

Roger Scruton’s ideas about conservatism may die with him, but I hope not. And if I may fight what is surely an uphill battle, tolle lege: take up and read.