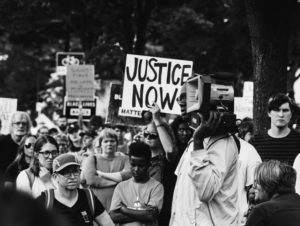 The article (NOTE: contains mild language) is discussing how New Atheism seems to have largely disappeared from its place of significance in the culture (especially on the internet) and offers an explanation for what has happened. For those unfamiliar with it, New Atheism was a kind of movement that came to prominence in the late 2000’s. Those involved in the movement differed from previous atheists in the intensity of their arguments for atheism and their hatred and vitriol against any kind of organized religion (e.g., book titles included God Is Not Great: How Religion Poisons Everything and The God Delusion).

New Atheism stated that the problem with the world was that people were not following reason and science because they were being blinded and corrupted by organized religion. Some in the movement believed this completely and continue to oppose any and all kinds of religion. However, others in this New Atheism movement were uncomfortable condemning groups like Muslims, Hindus, or African-American Christians. Thus, they concluded the problem with the world was not organized religion per se, but something else.

From the mid 2010’s to the end of the decade, the answer to the problem of the world shifted from organized religion to hatred and prejudice. The problem was not belief in God but issues like racism, sexism, homophobia, and other forms of oppression against marginalized communities. Thus, the social justice movement overtook New Atheism as the dominant force in online culture.

The article does not go in depth to consider why the understanding of the fundamental problem of the world seemed to shift so easily from religion to prejudice. I believe a recent article in Themelios helps explain why this answer seemed more plausible to many in the New Atheist movement: Neo-Marxism, or “Cultural Marxism,” and its ideas about oppression, marginalization, and sexual liberation had already largely infiltrated American media, education, and politics. Additionally, some offshoots of that movement, including intersectionality, were already arguing that the problem was not religion in general but the Christianity of white, (male), western people.

If the social justice movement has replaced New Atheism, that means one of the major tasks of apologists in the coming decade will be to seek to address the arguments of the social justice movement. One of the first steps in adequately answering an argument is to understand it. The articles linked above about Neo-Marxism and intersectionality are helpful introductions to these ideas. Additionally, Neil Shenvi and Pat Sawyer recently wrote a booklet, Engaging Critical Theory and the Social Justice Movement, providing a brief introduction to what they call “contemporary critical theory,” the philosophy underlying prominent ideas in our culture like “white privilege,” “colorblind racism” and “heteronormativity.”

In closing, I have three thoughts/suggestions to consider as we seek to engage with the social justice movement.