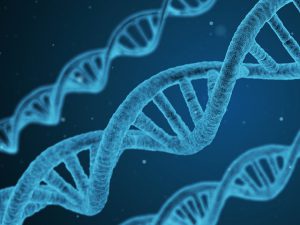 When I was growing up, my Grandfather had a nervous habit of twiddling his thumbs. He was conscious of the habit and used to tell me that he did it because he had a “worry gene.” I don’t know if he was serious about that comment, but I got the sense that he at least partly believed it. Nervous fidgeting, especially of the hands, is a habit common in my paternal family, and with it came something of a tendency toward the sin of worry (Phil 4:6). I’m not exactly sure why this habit was concentrated in my family. Is it a habit that we learned through repeated exposure? Or could it be that we Snoebergers actually do have a genetic proclivity to worry?

The question is not an inconsequential one. More and more we hear made the claim that people can be born with genetic dispositions, inclinations, habits, and orientations toward actions that the Bible defines as sinful. Is this possible? The answer to this question is trending positive today, and I am inclined to agree: one may be born genetically habituated to specific sins.

It’s hard to definitively prove this claim (or its opposite), but there are good reasons to think it is true. We know beyond reasonable doubt, for instance, that children are routinely born with chemical addictions. They come into the world craving and requiring in their little bodies substances that are destructive of life itself: they are born addicts and alcoholics. But more importantly, the Bible clearly teaches that we inherit from Adam (and how else but genetically) an incorrigible orientation to sin generally (Rom 5:12–19), from the very moment of our conception (Ps 51:5)—an orientation that immediately manifests in the specific sin of lying (Ps 58:3). It is unlikely, I would contend, that an orientation toward dishonesty is the only specific, sinful orientation with which we may be born.

What I am unwilling to concede, however, is that inherited disorientations are for that reason more acceptable than those that we consciously cultivate. There may be greater room for sympathy in such cases (whose heart does not ache for the baby born with an addiction?), but this does not mean that we are permitted for this reason simply to accept the disorientation (which is why doctors in such cases work hard to wean the baby safely off of her addiction with a deep-seated hope that it the addiction may be suppressed forever).

While it is true that it is a greater sin to act on our sinful orientations than it is simply to have them, I would argue that it is wrong even to have such orientations—even if we are “born” with them. We must mortify both the deed and the disposition. And that is because believers are “made new” and equipped with the power not only to become holy in action, but also to renew our very selves (Rom 12:2; 1 Cor 4:16; Col 3:10). We are by definition no longer what we were, but rather are Christians. We may have been sexual deviants, idolaters, adulterers, prostitutes, homosexuals, thieves, drunkards, slanderers, or swindlers” (1 Cor 6:9–10), but we are no longer (v. 11). And while it is true that believers may struggle with any of the sins here represented, these sins may no longer define the believer: we must cease being what we were and become what we are, with the sure and certain hope that we will one day be as He is.

Even if I have inherited his worry gene.