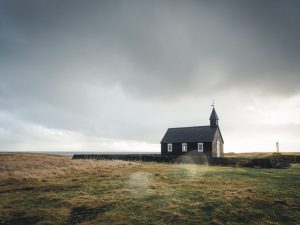 The question of a pastoral “call to ministry,” reminiscent of God’s call of biblical prophets and apostles, has long been a issue with which ordination councils have been concerned. Many operate on the assumption that no one aspiring to the ministry may proceed without such a “call.”

I concede, of course, that God’s Spirit is active in distributing gifts in his church “according to his own will” (Heb 2:4) and “as he determines” (1 Cor 12:11, cf. v. 18). It is for this reason that the Scriptures may state plainly that God has appointed the church’s teachers (1 Cor 12:28) and has sent its laborers into the harvest (Luke 10:2). Indeed, we have reason to believe that God’s providential preparation of his ministerial appointees is extensive and complex (see, in principle, Gal 1:5 and Jer 1:5). Please do not hear me saying anything less than this.

The question under consideration in this post is not whether God appoints men to the ministry (he does), but how we know it. The Personal Call Model, if I may call it this, vests primary weight in answering this question in the candidate’s own testimony. Does he have a personal desire for the ministry (so 1 Tim 3:1) and has he had one or more private experiences (even revelatory ones—otherwise, why use the word “call”?) whereby he has become existentially convinced that God wants him in the ministry? If so, then the council may proceed to examine his life and doctrine. If not, the council may not proceed.

I would suggest that the Personal Call Model is not only incorrect, but is positively contrary to the spirit of Paul’s discussion in 1 Timothy 3. Rather than agreeing with Paul that the choice of church officers is not a personal one, but an ecclesiastical one, the Personal Call Model front-loads the whole ordination process with questions about the personal experiences and desires of the candidate. Of course, it would be rather strange for someone to arrive at an ordination council without a desire to be an elder, but that’s not the issue. The council is not called to probe a candidate’s desires; it is called to examine his competencies.

By offering the church a list of qualifications for eldership, Paul is informing us that the decision to pursue eldership (or any other church function, for that matter) is emphatically not something that someone makes after he has become existentially convinced that it is his “calling” in life. You can make other decisions that way (i.e., you can personally conclude that becoming a doctor or a lawyer is your “life calling” after becoming existentially excited by the prospects of one of those careers), but you can’t choose to become a pastor on these grounds. And that’s because it’s not your decision to make. The church makes that choice (let’s call this the Ecclesiastical Call Model).

It is important to notice, I would contend, that the “desire” for the good work of the pastorate in 1 Timothy 3:1 is not one of the qualifications for ministry. The qualifications actually run from verses 2–7, and consist of an evaluation of whether the candidate’s life and doctrine validate his desire. As such, the first question of the candidate for ministry is not, “Do you desire the good work?” or “Do you feel this is your ‘calling’?” (we rather assume that this is the case—why else would he be here?), but rather, “Are you a man who is above reproach?”

The modern church is, I think, making good progress in escaping the error of revelatory calls to ministry. But the idea continues to haunt when we make the candidate’s “desire” for the good work the first (and greatest?) of the qualifications for pastoral ministry.