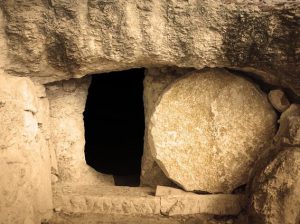 The point indicated in the title to this post is ably defended by Paul in 1 Corinthians 15. There, Paul indicates that if there is no resurrection, then Jesus is not raised, and if Jesus is not raised, then we are still in our sins. Such an argument makes little sense to some, for the popular view is that our sin was totally eradicated at the cross. If so, the resurrection is merely an addendum to the cross.

But it is no mere addendum. Indeed, it is an essential aspect of the work of the Son, a part of the eternal plan which could not be removed without spoiling the whole plan. It is a central strand of fabric, that if pulled away would unravel the whole garment.

Scripture teaches that all mankind was included in the sin of Adam (Rom 5), and our only hope of redemption is the work of a Second Adam. This Second Adam had to succeed where the first failed. Additionally, this Second Adam would take the penalty of the sin of those he represented. This additional element created a complication, for how could one who took our sin ever be able to represent us? Would not he be forever tainted with the sin he bore?

The resurrection is the answer to this problem. In the resurrection, the Father declared the Son to be innocent. Yes, he truly bore our sins, but his work of expiation was fulfilled and now He is declared free from sin. The deep and seemingly impenetrable stain of sin had finally met its only superior in the purity of the life and death of Jesus. Having done away with sin through the passion, it was necessary for the Father to publicly declare the Son’s innocence. The resurrection was that declaration.

So, we share in that declaration of innocence through union with Christ. It is for this reason that Paul says, “And if Christ has not been raised, your faith is futile; you are still in your sins” (1 Cor 15:17).

As we approach Easter, let us be thankful not only for the cross but also for the resurrection. Without either our hope would be vain.