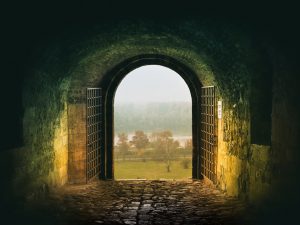 We are often reminded that “there is none good, no not one.” And that is true because of God’s perfect standard of good. Nevertheless, God wants us to be good, and He is busy about transforming His people into good people.

Years ago, the former pastor of our church, known to some of you reading this, would routinely ask people how they were doing. You would think nothing of it, because it seemed to be the start of a routine conversation. “I’m good,” you would answer. “Wait a minute!” Pastor would reply with a loud voice. “The Bible says there is none good, no not one!” It was a real “gotcha” which worked because of the turn on the word ‘good’ in which it is being used in two different senses—one sense in your response and a different sense in Romans 3:12.

But in fact there are people whom God has deemed to call good because His salvation has made them good. His Word records a number of examples:

It is God’s business to turn people who are not good into people are who are. Justification declares us to be righteous based on the righteousness of another, so we are “good” in the estimation of God as He sees us in Christ. More than that, the initial gift of regeneration makes us into new people. This gives us the basic equipment we need to be genuinely good in practice. Through the ongoing process of sanctification, God gradually transforms us so that we become something different than we were. God is working to transform our behavior, our minds, our character, our attitudes, and everything about us so that we become good, like His Son. Yes, God is working to change our personalities—not to eliminate the beautiful diversity that distinguishes us from one another, but to progressively eradicate those sinful parts of our personalities until we reach glory.

Goodness is a gift from God. It is a communication of His infinite goodness to finite creatures. It is not something we work up to, pulling ourselves up by our own bootstraps. I am so thankful for that.

But what to do when we fail to be good? We often fall short. Some temptation grabs hold of us. Some emotions or words come out which are contrary to the Spirit’s influence. We behave inappropriately.

In our failures, the ancient sage Job is a great example. God tells us that He was a good man. But even Job got off track when he spoke out of turn against God. In Job 40:3-5 and 42:1-6, Job admitted that he was wrong. He repented in dust and ashes. Then God declared that Job spoke what was right, and accepted him (42:7-9). Thanks to God that He is merciful to those with a contrite heart and a broken spirit.

The somewhat paradoxical truth of the situation is this: for a person to be godly, he must repent when he sins. Said another way, a good person responds to sin in her life by changing her mind about that sin, confessing it to the Lord and asking for help to avoid it in the future. The righteous repent. The unrighteous do not repent. Repentance is a mark of the righteous. Of course, a person who never sinned would never need repentance. But that is not our lot—not until after the rapture. And so, for us to be like Christ, we have to do something that Christ never had to do, and that is repent!

Take courage, dear friends! When you stumble, express to God that contrition that you know He loves. Be broken over sin, and God will receive your penitent prayer with openness, mercy, and grace.

The disciples asked the Lord if there were few who would be saved. The answer was, in short, yes. The door is narrow, and the way is difficult. The Lord wants a few good men. You probably know this phrase from the advertising slogan of the U.S. Marines. The phrase is known from 1799 (1779 by some accounts), when Captain William Jones advertised for “a few good men” to serve on the ship called Providence. That message has stuck for over 200 years. There is something special about being one of the “few,” especially when those few are good.

There are no good people in one sense. But, there are a few good people in another sense. May God multiply that tribe. May you all be “good ministers of Jesus Christ” (1 Timothy 4:6) and “good stewards of the manifold grace of God” (1 Peter 4:10).

May the Lord bless you,