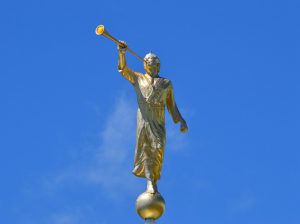 This Sunday marks the 40th anniversary of the Jonestown massacre, where over 900 people (members of the Peoples Temple) lost their lives in a group suicide-murder by drinking poisoned punch under the direction of their leader, Jim Jones. Since groups like the Peoples Temple and events like the Jonestown massacre often serve as examples of cults in the minds of Americans, it could be helpful to consider what a cult is. The following is excerpted from George H. Martin, The Concise Book of Cults (Nashville, TN:  Rainer Publishing, 2013) 7-8.

“Our concern here is not with the major world religions.[1] Rather, we are endeavoring to understand that phenomenon we call ‘cults,’ and in particular, ‘Christian cults.’ One might tend to think of a cult as sort of a subset of religion. That is, there are major world religions that function in the above specified ways, and then there are cults or sects or alternative religions, which in some manner are less (such as smaller in size or with a diminished and compromised doctrine) than the religions out of which they emerge.

But what is a cult, really? Let’s think about this matter of definition.[2] People often equate ‘cult’ with minority religions, but the two are not necessarily synonymous, especially if by ‘minority religion,’ we simply mean that a cult is small in size. That is, we do not distinguish a cult simply by noting that it has few members.

Perhaps dissent and the desire to reform and purify a dominant religious tradition are the characteristic features of a cult? The Puritans were dissenters. They opposed the established church in England, arguing that whatever reformation had taken place, it had not gone far enough. Few evangelicals, though, would think of the Puritans as a cult. Purifiers? Yes. Reformers? Yes. Committed and passionate? Yes. But a cult in the same category as contemporary Christian cults? No.

Might a cult be identified as a group that has perverted or distorted the dominant religion from which it emerged? Of course, here one gets into a beauty-is-in-the-eye-of-the-beholder sort of argument.[3] For instance, the position of Judaism was that Christianity constituted a cult because it perverted Judaism. Similarly, sixteenth century Roman Catholicism would have argued that the Protestant Reformers were establishing a cult when they perverted the teachings of Rome.

Maybe a cult is a group that is openly heretical and in error? If so, how serious must be the error? Or could it be that a Christian cult is simply Christianity out of whack or out of balance? Does an overly strong emphasis on the sovereignty of God or, on the other hand, too great a stress on human responsibility make for a cult? Might we speak of the ‘cult of consumerism?’ In twenty-first century America, the pursuit of material wealth and goods, even by professing Christians, has certainly resulted in an unhealthy balance. However, one might hesitate to identify as a cultist a professing Christian who lives in a very nice house in a gated community, drives two or three luxury cars, enjoys extended and exotic vacations, and so forth. Instead, we’re likely to recommend to that person that he or she prioritize the things of God’s kingdom over the material things of this world.

So, what is a cult? A quick perusal of the literature on cults will generate quite a few definitions, most of them identifying similar components, yet not fully in agreement.[4] Rather than establishing an essential definition, we will note several key elements that are often, though not always, found in a cult, that are often identified in the literature, and that will be useful for our present discussion: 1) small numbers of adherents, 2) unorthodox teaching, 3) the presence of a strong authority figure, 4) strong internal conformity to the teachings of the authority figure, 5) a high level of commitment on the part of cult members, and 6) a strong focus on personal needs and concerns of the followers. Matt Slick has offered as characteristics of a Christian cult: 1) they err on one or more of the essential doctrines of Christianity; 2) they often add to Christian doctrine and Scripture – Mormons have the Book of Mormon, Doctrine and Covenants, and The Pearl of Great Price; Christian Science has Science and Health; Scientology has Dianetics, and so on; 3) they place emphasis on earning salvation through their own efforts and add those efforts to the finished work of Jesus; and 4) they misuse Scripture.[5]

Today, less and less is the term ‘cult’ used in academic writing because of the perceived pejorative nature of the word. In a 2006 editorial, Christianity Today noted: ‘the word cult is a problem. For better or worse, it has shifted in meaning and has become associated with bizarre groups . . . no matter how many qualifications are made.’[6] Other, more preferred terms today are: new religious movements, alternative religions, minority religions. However, each has its own strengths and weaknesses. The term ‘cult’ is used in this work with an emphasis on the unorthodox teaching of the group. When a new group significantly diverges from the essential, foundational beliefs of an established group, from the perspective of the larger group, the emergent group is a cult.”

[1]In Another Gospel: Cults, Alternative Religions, and the New Age Movement (Grand Rapids, MI: Zondervan, 1989), 20, Ruth Tucker provides a helpful definition of world religions: “. . . religious movements that have attained a status recognized worldwide for their embodiment of particular sacred traditions.”

[2]Lorne Dawson has noted that “[t]he label ‘cult’ is still a technical term in the scholarship on religion, like the terms ‘church’ or ‘sect.’ Lorne L Dawson, ed. Cults and New Religious Movements: A Reader (Malden, MA: Blackwell Publishing, 2003), 2. However, recognizing the “pejorative connotation” this term often possesses, Dawson determines to use the terminology “new religious movement.” This author has decided to use the term “cult” and to highlight the significant divergences of the cults from historical Christianity while, at the same time, pleading for a warm, loving, and gospel-focused approach to cult followers.

[3]Ruth Tucker has observed, “A cult is someone else’s religious group that does not agree with mine.” Ibid., 15.

[4]For example, Milton Yinger has identified as the major characteristic of a cult a withdrawal from a larger group. Milton J. Yinger, Religion, Society, and the Individual: An Introduction to the Sociology of Religion (New York: Macmillan, 1957), 154. Additional traits he includes are small size, the search for mystical experience, charismatic leadership, a sharp break in religious terms with society, and concern almost wholly with problems of individuals as opposed to society or social order. Andrew J. Pavlos, The Cult Experience (University of Michigan: Greenwood Press, 1982), 10-12, has included as major components of a cult: a strong leader, the dependence of individuals on the group for meeting needs, and isolation and seclusion from the outside world. J. Gordon Melton and Robert L. Moore, The Cult Experience: Responding to the New Religious Pluralism (New York: Pilgrim Press, 1982), 17, in one definition, understand a cult to be a “religious group that presents a distinctly alternative pattern for doing religion and adhering to a faith perspective than that dominant in the culture,” thus stressing the deviance of the cult from the larger group faith perspective.