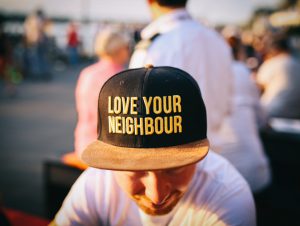 We live in a world that is religious/spiritual but not Christian.

A few years back, I mentioned in class the Sermon on the Mount. The blank stares caused me to accuse them of laziness, until it was revealed that not one of those 32 students had any idea what the sermon said or who delivered it. Further questioning revealed that 25 of them had been raised as Christians, and 18 of them still considered themselves such. This is altogether typical of our rising generations of students, and the cultural ignorance gets worse from year to year. Like rudderless boats, these kids arrive on campus and immediately drift along with the currents of our morally relativistic university culture. (Duke Pesta, “Moral Relativism and the Crisis of Contemporary Education,” The New American, December 1, 2011)

While many people today claim to be Christian, they often have little to no knowledge about historic Christianity. As we saw in the last two posts, the overarching tendency among young people (and adults) is a general belief system that has been pegged as Moralistic Therapeutic Deism (MTD). This has become one of if not the most common “religion” of our day—though it tends to live like a parasite off of other religions (Baptist MTD, Catholic MTD, Muslim MTD, etc.)

Last post we looked at the first statement of the informal creed of MTD, pointing out that the Bible speaks of a specific God rather than a general god and a Sovereign God rather than an uninvolved God. This time we begin to consider the moralistic aspect evidenced in the second statement.

What do people believe?

“God wants people to be good, nice, and fair to each other, as taught in the Bible and by most world religions.”

Most people believe there are morals we are expected to follow. There is right and there is wrong; there are good people (that includes us) and bad people in the world. In fact, one of the common practices in our day is virtue-signaling—visible steps we take to help people know we are one of the good people.

The morals of our day are largely centered on how we treat others. Our goodness is not defined by our relationship with God but with those around us. The focus is on niceness—not causing offense to others, and certainly never harming those considered weak or oppressed.

Most believe that we are generally good people, though we may occasionally have to address some areas of weakness in our lives. When we mess up, it’s common to say something like “that’s not the person I am” in order to separate us (a good person) from the action (which was bad). By focusing on specific sins (rather than a sin nature) we make our problem safer and more manageable. We can target what needs to be changed.

Religions come in to help us be better people. The goal of religion is not knowing God or attaining salvation, but producing more moral people. As Voltaire famously suggested, even if God did not exist we should want most people to believe He did so that they would live better lives. Religions are not viewed as all-encompassing worldviews or ideas that demand our complete allegiance but as systems that offer individual/private benefits to enable self-improvement.

Morals play a large part in religion; morals are good if they’re healthy for society. Like Christianity, which is all I know, the values you get from like the Ten Commandments. I think every religion is important in its own respect. You know, if you’re Muslim, then Islam is the way for you. If you’re Jewish, well, that’s great too. If you’re Christian, well, good for you. It’s just whatever makes you feel good about you. (non-religious girl from Maryland, quoted in Christian Smith, “On ‘Moralistic Therapeutic Deism’ as U.S. Teenagers’ Actual, Tacit, De Facto Religious Faith,”)

Perhaps one reason many in our day believe there should be little religious conflict is they ultimately all have the same religion—MTD.

What does the Bible say?

MTD is close to the truth when it recognizes that people are responsible for their actions. One of the reasons religions tend to focus on morality is the universal knowledge of God, including His law, and our responsibility to Him as the Lawgiver (Rom 1:32).

But the true God does not only want goodness—He wants full-hearted devotion. He wants people to love Him with all of their being (Matt 22:37-38). God not only wants us to act in certain ways, but to think and feel certain ways as well. God wants worship.

And God’s standard of goodness is far higher than we think. Jesus pointed out that the only way to be welcomed by God was to be more righteous than the most moral people of His day (Matt 5:20). God is not just concerned with our being generally nice—He wants perfection (no wrong thoughts, no selfish motives, etc.), and we all fall short of that standard (Rom 3:23).

We fall short of that standard because sin is much more pervasive and powerful than MTD teaches. Our problem is not just our specific sins but our sin nature. When we sin, we cannot say “that’s not the person I am” because our actions are simply revealing the wickedness of our hearts (Jer 17:9; Jn 8:34).

No amount of self-help can address our ultimate problem, because goodness is not possible in our own strength. We are controlled by our sin nature, so that even the humanly good things we do are not really good (Rom 3:12; 8:8; Is 64:6). Biblically, doing good means doing the right thing, for the right reason, with the right goal. Our human acts of goodness lead to pride, which means they are not really good. We do acts of kindness in order to earn favor, which is why we have to broadcast our goodness to demonstrate that we are better than others (virtue-signaling).

MTD may be evident among Christians when we act as though doctrine is insignificant in comparison to practical application. Do we long for sermons or books that just tell us how to make our lives better? Do we want to know who God is and what He has done, or just look for “blessings” and practical guidance? Do we care if our children understand the Trinity, justification, propitiation, or other important doctrines, or do we just want them to behave?

We may also fall into the trap of focusing solely on external behavior while neglecting the heart. Do we just go through the motions and rituals of Christianity, or do we act out of love for God? Do we only ever address behavior, or do we deal with motivation? Are we happy if our children are well-adjusted, get good grades in school, get along well with others, but do not care if they are truly committed to serving God?

Finally, do we believe the lie that God would never expect hard choices from us? Do we understand how God’s grace lays total claim to our lives?  As a lady who began to understand the difference between a salvation based on works and one based on grace told Tim Keller:

If I was saved by my good works then there would be a limit to what God could ask of me or put me through. I would be like a taxpayer with ‘rights’—I would have done my duty and now I would deserve a certain quality of life. But if I am a sinner saved by sheer grace—then there’s nothing he cannot ask of me. (Keller, Reason for God, p. 189)

We must present the Gospel as a call to turn and trust God not an exhortation to get clean. Language like “get right with God” may easily be interpreted as “start living a better life.” The focus of our discussion must not be getting control of your life (better finances, marriage, self-control, etc.), but surrendering your life to God

We must focus on the historical reality of the Gospel—it is an announcement, not advice. The focus of the gospel is not on what a person needs to do, but on who Jesus is and what He already did!

We must expect people to balk at the exclusivity of Christianity. People do not like the idea of evangelizing, because that implies your religion is better than others. But no other religion offers the salvation Christianity offers, and we cannot shy away from that truth just because it is offensive to those who view religion as purely ethical.

Finally, we must help people to see the radical call of the Gospel. God does not call us to be nice, but to die.

Then Jesus told his disciples, “If anyone would come after me, let him deny himself and take up his cross and follow me. 25 For whoever would save his life will lose it, but whoever loses his life for my sake will find it.” Matt 16:24-25