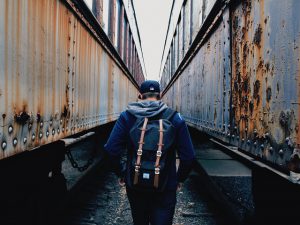 What is the most common religion among teenagers and young adults today (and probably a large percentage if not a majority of adults)? Moralistic Therapeutic Deism (MTD).

This was a suggestion first made by Christian Smith (and Melinda Denton) in 2005 in their book Soul Searching: The Religious and Spiritual Lives of American Teenagers based on extensive surveys and interviews with U.S. teenagers. Their suggestion is not that most teens expressly hold the view of MTD, nor is there any particular religious institution that is promoting it. Rather, they note that teens from a variety of religions seem to share common ideas/beliefs to varying extents. Additionally, these teens seem to have largely adopted it from the adults in their lives. Smith and Denton use the term Moralistic Therapeutic Deism to try to capture the heart of these beliefs.

The therapeutic label emphasizes the importance of feeling satisfied, fulfilled, and happy.

Finally, the term Deism is used to highlight the largely uninvolved approach this god takes. A nice god who helps you feel nice

In short, MTD is about a nice God who helps you be nice and feel nice.

In a series of five blog posts, I will consider each of these statements and will seek to answer four questions.