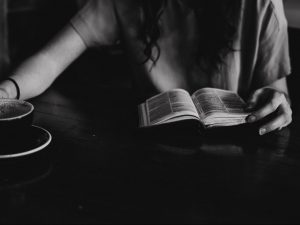 Most people you know believe in a god—since about 90% of Americans do. References to God are ubiquitous in our culture, but not everyone who talks about “God” is talking about the God of the Bible.

Last time I introduced the idea of Moralistic Therapeutic Deism, the unofficial dominant religion of young people today. We noted the five parts of the “creed” of MTD proposed by Christian Smith.

This post, I want to consider the first of those five statements.

What do people believe?

While many people believe in a god, this god is largely undefined. We hear statements like “some call this being Allah, or Yahweh, or Krishna.” He’s “the man upstairs” or it’s a divine cosmic power.

Most people believe this higher power created the universe (or was involved in the process, much to the dismay of atheistic evolutionists.) More than that, this god created a kind of order or law to govern the universe. This law is not found in any particular religious book but is found within all religions.

Although MTD’s God created the universe, he is not intimately related to it. Rather, he is more or less passively watching everything happen. Of course, that does not keep him free from blame when things go wrong, but many people think he would make things better if he could.

What does the Bible say?

The biblical picture of God has significant contrasts to the god of MTD. While MTD’s god is unspecified, the God of the Bible is a particular God, who exists as one being and three persons (Matt 28:19; 2 Cor 13:14). Thus, a failure to understand and recognize who Jesus is necessarily means you do not understand who God is (Jn 5:23; 8:19; 14:9; 1 Jn 5:12). Jesus is the fullest and final revelation of God.

Long ago, at many times and in many ways, God spoke to our fathers by the prophets, 2but in these last days he has spoken to us by his Son, whom he appointed the heir of all things, through whom also he created the world. 3 He is the radiance of the glory of God and the exact imprint of his nature, and he upholds the universe by the word of his power. Heb 1:1-3

The general belief in God might lead us to think that someone who mentions God is a Christian. I attended a Piano Guys Concert in Detroit a couple of years ago. During the concert one of the musicians stated how important he thought faith was, which led many members of the audience to break out in applause. While I cannot say for certain, my guess is that those audience members applauding were not all Mormons (like the Piano Guys are) but included many professing Christians. I’ve seen similar dynamics play out when a celebrity mentions God or gives thanks to God—many Christians respond with gratitude that the person is a Christian. But belief in God (theism) is not what constitutes Christianity, and we must not be satisfied when we encounter theism.

A related issue is the tendency to think that Jews, Christians, and Muslims all believe in the same God. As was noted above, you cannot claim to know God without properly recognizing Jesus.

Another danger in our day is to think that God is somehow distant. We might begin to think that He does not see us—either allowing us to sin in anonymity or causing us to conclude no one knows the pain we have experienced. Or we might think that we need to inform God about what is happening in the world, as though He were not always present, actively engaged in our world.

We may also think, act, and talk as if God were uninvolved. We may blame things on luck, fate, or chance. And far too often, we live as though everything depends on our own resources rather than spending more time in prayer asking for God to intervene.

Finally, we may fail to be grateful for God’s continued care. We can begin to think that we are responsible for the good things in our lives, as though we were not dependent on God’s grace for every moment of our existence. This delusion of self-sufficiency then leads us to fail to express our gratitude to God as the source of every good and perfect gift in our lives.

Finally, we must let people know that God is not distant. God is intimately involved in this world and knows everything about it. And more than that, He cared enough to become one of us. God is not just watching over human life—He entered into this world and experienced human life so that we could know Him.