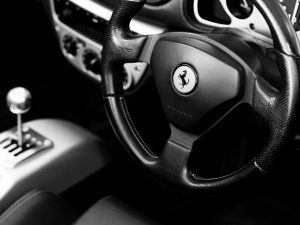 Analogies are powerful things, for they take something less known and put it beside something better known. The power of the analogy is that it allows the knowledge in the one realm to pass into the other, providing a “lightbulb” moment in many cases. But analogies are tricky things, and one must always confirm that his analogy properly corresponds to the original situation.

This leads me to consider an analogy I have heard more than once in relation to God’s blessings being given to the church. The analogy goes something like this: a father promises his son a chariot for his birthday, but when the fulfillment of the time comes, he is given a motor vehicle instead. Cleary such a son will not be upset at the “upgrade,” and so it is said that while the promises of the Old Testament are not fulfilled in the precise way they are stated (e.g., possession of the Promised Land, earthly Davidic kingship, etc.), they are fulfilled in a greater way (heavenly possession, spiritual kingdom, etc.)

Nevertheless, Michael Vlach, in Has the Church Replaced Israel? (pages 98–99), points out the problem with the analogy:

This analogy, though, is not satisfactory. With [this] analogy, the son who receives the Ferrari is the same son to whom the wheels were promised. But this is not really the case with the supersessionist view [i.e., the view that Israel is replaced by the church]. According to supersessionism, the nation Israel is promised certain blessings, but in reality, these blessings are given to another group, the church, an entity that is not national Israel.

To pick up on [this] analogy, the supersessionist view is best illustrated by the following: In order to celebrate the good work of his son who is going to college, the father promises his son some wheels. On the son’s birthday the father reveals the presence of a recently adopted son to whom a $200,000 Ferrari is given. The father then turns to the first son and declares, “I am sorry, but my true son is this adopted son who represents everything our family name stands for.” The first son says, “But Father you made a promise to me. I don’t mind if out of your wealth you give great gifts to this new adopted member of the family, but giving blessings to this new son does not mean you fulfilled what you promised me.”

This second analogy highlights what I think is the central problem with theological positions which replace Israel with the church; namely, is God faithful to His promises? Vlach’s analogy powerfully makes this point.