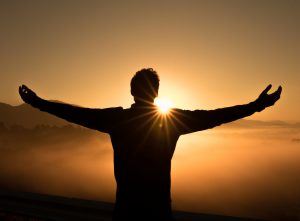 While talking to an acquaintance yesterday about a thorny Christological question, I made the statement that Christ was 100% God and 100% human. Pretty standard stuff. My acquaintance agreed, stating that he also believed this to be true, adding the caveat, “by faith.” I apparently looked confused when he used that phrase, because he persisted: “Wouldn’t you say that too?” he asked, “That you believe by faith?”

My answer surprised him, “No,” I said; “To say that would be either redundant or circular.” To believe is by definition to exercise faith, so to say that I “believe a thing by faith” is either (1) to repeat myself or (2) to beg the question (i.e., “I believe because I believe”). Instead, I explained, it would be more accurate to say that I believe a thing (e.g., the orthodox statement of Christ’s theanthropic person) because the Bible teaches it. IOW, the warrant for my faith is revelation.

As the conversation progressed, it became apparent that my acquaintance was using the phrase by faith incorrectly—and rather ominously so. What he meant by the phrase by faith is that faith acts as its own warrant. So, for instance, we believe some facts on the basis of sensory evidence; other facts we believe on the basis of logic; and still others we believe (despite the absence of sensory evidence or logical explanation) on the basis of “faith.” This understanding, I would contend, is none other than fideism (a.k.a. irrationalism): the idea that the Christian religion rests on assertions that have no warrant other than existential factors or, worse, personal opinion.

When we look at the several dozen biblical uses of the phrase by faith, we discover two possible meanings, but, notably, never the meaning described in the previous paragraph:

Now, to be sure, there are some NT texts in which debate persists over which of these two meanings is in view (e.g., Rom 1:17; Heb 10:38), but what is important for this little statement is that there is no third option. There is no text that teaches Christians to “believe by faith.” Those who use such language are making an error. It may be a linguistic error of minor consequence or it may be a theological error of greater consequence. In either case, however, it is an error.