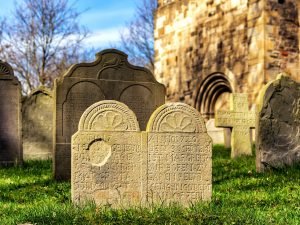 …so said the late R. C. Sproul in a timely and succinct blog post just last year. Sproul was a master of theological summary, and it is only fitting that we remember him for this service to the Christian Church in the wake of his recent departure.

Despite Sproul’s bluntness on this matter, support for the heresy of theopassionism (sometimes called theopaschitism or theopaschism) is on the rise in blogs and hymns and other media. So prevalent is this heresy in contemporary Christianity that, in the words of Michael Ward, it has become the “new orthodoxy” (“Theopaschitism,” in Heresies and How to Avoid Them, 61). By saying this he means that this heresy is no longer being taught accidentally (which is easy to do), but deliberately and defensively. It’s high time to stop this trend. It’s serious. Very serious.

That Christ, the theanthropic God-man, died on the cross is undisputed. What is at issue here is whether God himself died on the cross. And the answer is—and must be—an emphatic “no.” To suggest that God died is (1) to deny at least three of God’s attributes (viz., impassibility, immutability, and immortality), (2) to create a Trinitarian breach so great that Tritheism is unavoidable, (3) to make the miracle of incarnation unnecessary, and finally (and this is what makes it a heresy), (4) to render the whole Christian system inoperative such that, if it is true, we remain in our sins to this day.

One searches in vain for Scriptures that say that God died. Some come close. Acts 20:28, for instance, speaks of “the church of God which he purchased with his own blood.” The strength of the argument is weakened by a textual variant so significant that the new Tyndale House version of the Greek NT has opted for the word kurios rather than theos, a reading that quite eliminates this verse as evidence for theopaschitism. But even if we retain the latter reading (which carries a “C” rating in UBS5), we are made immediately aware that God did not shed his own blood (after all, he hasn’t any), but rather the blood that was prepared for him in the incarnation. In no sense can this verse be taken to suggest that God died.

Christ suffered not as God, but as human (indeed, that was what was necessary—he had to suffer as we suffered). He felt God’s wrath in his humanity. We might even go so far as to say that God knew death through his humanity. But God did not die.

With Sproul, I do my charitable best to “give an indulgence” for ignorance in this matter, and continue to encourage this response. But the epidemic nature of this error has become vexing. It really must be stopped.