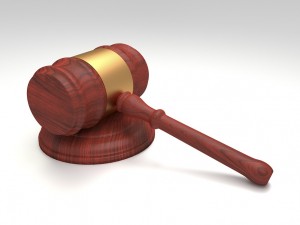 Both observers used the same word (perused), so which one is right? According to Miriam Webster’s dictionary, peruse can be used in two ways:

On this basis, we can say that both are right, but that they are using the same word in two different senses. In fact, it is possible that our observers use the word peruse in only one of its senses, and therefore would deny the claim of the other. For example, if the second observer were asked, “Did Tom peruse the book quickly,” the observer would say no. Indeed, the second observer could make the claim, “Tom did not peruse the book quickly.”

Coming back to Scripture, James uses justify to speak of the public testimony to the internal faith—a definition similar to the way Jesus used the word (Matt 11:19; 12:37). Paul, on the other hand, uses the word to speak more judicially of the declaration of innocence. Significantly, Paul seems to be addressing an earlier period of Abraham’s life (the statement of the covenant—Gen 15:6), while James refers to a later period (sacrifice of Isaac—Gen 22), where evidence of faith could be observed.

Much more could be said about this distinction (see, Dr. Compton’s article), but the point of this post is to highlight the nature of words as servants to accomplish communication. Demanding that a word mean the same thing in all of its contexts will lead to exegetical confusion. Our best friend in such cases is context, which guides us in deciding what an author means by the use of a word.