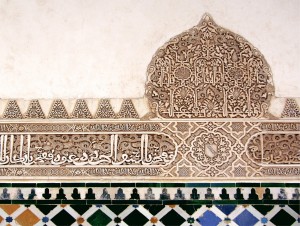 The Detroit 10/40 Conference is being held this Thursday and Friday in Hamtramck, MI. I had a chance during the pre-conference this week to give a talk addressing the importance of recognizing and evaluating worldviews when sharing the gospel and offering some thoughts specifically on the Muslim worldview.

Often we struggle with communicating the gospel because we do not take into account the other person’s worldview. For example, Muslims generally see no need for salvation, because they do not think of sin as being the problem Christians do. So in order to more effectively communicate with Muslims (or anyone from a non-Christian background) it is important to take a broader approach than only talking about how a person gets saved.

In beginning to think about worldviews, I find it helpful to focus on four common elements.[1] Below I offer how orthodox Sunni Islam understands these elements.

Islam—the world in submission to Allah

Ignorance, forgetfulness, and self-sufficiency. Mankind’s problem is that they forget Allah and his guidance, and begins to think they are independent of Allah.

Submission, guidance, the prophets. As people begin to forget Allah and live self-sufficiently, Allah sends a prophet to remind them of his guidance and bring them back into submission.

The world is created, orderly (Allah has foreordained everything), contains spirit and matter (with heavy emphasis on spirits), with a sharp distinction between Allah and the world

Mankind is the highest of God’s creation. He is naturally good but weak/forgetful.

At the end of the world there will be a Day of Judgment, where all bodies will be resurrected and judged. All people will be rewarded or punished based on their actions. Most Muslims will spend some time in hell as punishment for their actions but will eventually get to heaven/paradise.

Allah is utterly unknowable, but he reveals his laws. Knowledge comes through the transmission of information from Allah through his prophets.

History is a test for mankind (individuals and nations), to see if they will submit to Allah.

[1]These elements are adapted from the four part approach Stephen Prothero uses for religions: problem, solution, technique for reaching the solution, and exemplars who chart the path. Though not all worldviews are religions, there is significant overlap between religions and worldviews. God Is Not One: The Eight Rival Religions That Run the World—And Why Their Differences Matter. Kindle ed. (New York: HarperCollins, 2010 ), p. 14.