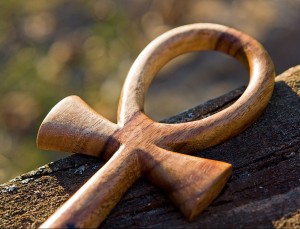 Occasionally you may hear an objection to believing in Christianity because it is simply myth. Those who make this objection are largely behind the times (the scholarly consensus moved past the idea that Jesus could be explained by Greek myth almost 100 years ago.) The residue of this idea within more scholarly circles largely focuses on near-eastern ancient myths and the supposed connection to the Old Testament. The reasoning of the objection is that, if the Bible is myth, it is (1) not distinct from other ancient/pagan beliefs and (2) cannot claim to be a (unique) revelation from God.

Last fall I argued against the idea that Christianity is a myth in a forum you can access at this link. In the first part, largely following John Oswalt’s The Bible Among the Myths: Unique Revelation or Just Ancient Literature?, I compare the characteristics of myth (central being one-ness or monism) with the characteristics of the Bible (central being two-ness or dualism). I then briefly address the idea that Jesus is a myth based on similarities to other pagan myths, pointing out that scholarship no longer takes this idea seriously and showing there are no real parallels between Jesus’s life and the account of individuals in pagan myths (e.g., Mithras, Osiris, Adonis, etc.) I then make a case for the historicity of the Gospels, and conclude by showing the importance of history to Christianity and why that matters.

Here are the times for the major parts of the talk: