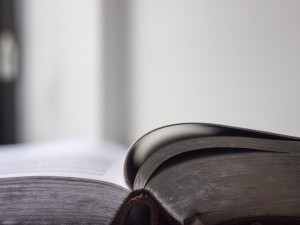 In his Introduction to Systematic Theology, Cornelius Van Til asks and answers the age-old question, “What Is Truth?” His answer is a bit philosophical, but if one follows it carefully, a very satisfactory pattern for seminary study emerges. Van Til notes that there are two prevailing theories of truth, viz., the correspondence theory and the coherence theory. The two theories are often thought to be mutually exclusive, but Van Til suggests that they need not be.

Most fundamentalists/evangelicals/conservatives have historically embraced the correspondence theory of truth, since it affirms a fixed, immutable, and objective body of truth that is “out there,” irrespective of the whims and vacillations of the glut of persons trying to find it. Scholars in this broad tradition specify that truth is that which corresponds to what God has revealed inerrantly in the Christian Scriptures. This position is called biblical foundationalism.

Of course, self-affirming biblical foundationalists seldom agree with each other on every point. Some are dispensational and others Reformed; some are peadobaptists and others credobaptists; some are Calvinists and others Arminians; and so on. One popular approach to resolving these tensions, sadly, is for one faction or another to prejudice the argument by saying, “I’m more biblical than you are—I’m a Biblicist” (with the unspoken addendum, “and since you disagree with me, then apparently you’re not”). This backdoor ad hominem approach is unfortunate; still, it persists because each side believes it has a corner on correspondence in the form of an arsenal of proof texts. The way to win the debate is to have more and better Bible verses. A second troubling tack is to allow exegetical anomalies to exist side-by-side with a hasty appeal to “mystery” (which for many is nothing more than allowance for biblical illogic). This approach may be more irenic, but is no closer to discovering truth.

This is where Van Til suggests that the coherence theory of truth makes a legitimate entry. By embracing coherence as a valid arbiter of truth, we mean that when correspondence fails to supply a satisfactory answer, then the coherence of the various options with the whole of our theology is a further court of appeal in our quest for truth—an idea known as the analogy of faith.

For instance, assuming a non-equivocating definition of the term sovereign, if after reading one text I conclude that God is sovereign, but after reading another you conclude that he is not, then one of our conclusions is wrong. Neither of us should accuse the other of not being “biblicist,” for we both believe ardently in biblical authority. Nor may we allow both conclusions to stand in tension and announce a “mystery.” Instead, we must each go back to the sources and reexamine them until harmony is achieved. Until that happens, it is a certainty that at least one of us is not in possession of the truth. All of our relevant exegetical conclusions must “cohere” before we can entertain the possibility that we have acquired truth. In short, our confidence that we have discovered truth is based not on correspondence alone (plausible proof texts), but also on coherence (comprehensive internal consistency).

I am pleased to say that one of the hallmarks of Detroit Baptist Seminary is that we refuse to allow the exegetical department and systematic theology department to operate in isolation from each other: no exegetical assignment is complete until its conclusions can be shown to fit into one’s whole body of theology; similarly, no theological assignment is complete unless the conclusions can be shown to correspond with the Scriptures. That is how truth works.