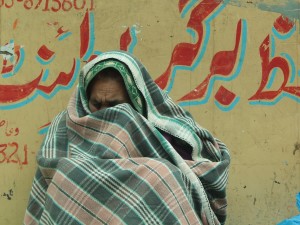 Donald Trump’s stay on admitting certain immigrants has brought out a raft of evangelical critics, especially those who see everything as an immediate gospel issue. Arguing from the facts that (1) God says nice things about foreigners in the Bible (e.g., Lev 19:33–34) and that (2) we have to be nice to foreigners or we’ll never have an audience with them to share the gospel, these express astonishment that a Christian could ever support an immigration ban of any sort. How, we might ask, can the Gospel be forwarded if we anger or injure those to whom we are sent with the Gospel?

It’s a redirection of the selfsame arguments that pacifists have been using for centuries to oppose war—and just as misguided. The following are a few thoughts in response:

Now I will insert here the requisite caveat that, as believers and dual citizens with membership both in civil society and in ecclesiastical communities, we often find ourselves in a paradox of what at times seem to be conflicting concerns. Surely, believers should remove from their arguments all racial generalizations, venom, and vitriol no matter which side of the debate we are on; further, we should be doing good to all men and maximizing the reach of the Christian Gospel in whatever circumstances we find ourselves. But it is not the church’s mission to direct the course of human governments to the single end of Gospel success as though that is the only end for which God created the universe.