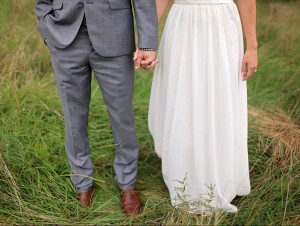 The very first recorded words of Adam have sometimes been the stuff of jokes—the words of a lovestruck fellow who has seen a beautiful woman for the first time: “Look what became of my bone!” he seems to say: “Whoa, Man!” But on closer look, Adam’s words communicate something far more significant than first meets the eye.

When Adam describes Eve as “bone of my bones and flesh of my flesh,” Adam is not making a simple statement of fact, but drawing attention to the theological import of the means God used to create her: she was of Adam, and as such she vaults immediately to the place of greatest responsibility in his vast realm. Victor Hamilton, among other commentators, goes so far as to suggest that this pair of phrases expresses a statement of covenant commitment that make it a formal vow. He observes in 2 Samuel 5:1, after Saul dies and David claims the throne, that the new king calls the tribes together and demands their loyalty. They gather and make a curious statement: “We are your bone and flesh,” a statement that David apparently accepts as a formal fealty oath. If this later event can be connected with Genesis 2:23, then the very first words from the mouth of Adam are nothing less than a wedding vow, effectively, “This woman is part of me, and I hereby take unconditional responsibility for her.” Far from being the love-dumb prattle of a starry-eyed bloke, these words are, at least in terms of secular life, the very most significant words that any man can utter and to which any woman can respond. No words are more important than these.

Adam then continues in verse 24 by establishing marriage as the backbone of human society. For this reason (i.e., because of the vow in v. 23), a man should break away from the family unit into which he was born, and upon reciprocal action from his wife, create a new unit that is expressly described in permanent terms: they adhere so inextricably to each other that they effectively become one—not a mixture of distinguishable and ultimately separable substances, but a fusion so complete that the original substance is lost and a new compound created. Her bone and flesh become his; his bone and flesh become hers—so much so that, at the risk of being a bit crass, nakedness becomes routine (v. 25). Within marriage is none of the vulnerability, weakness, or embarrassment that causes us ordinarily to disrobe and, say, shower alone, for the man and the woman are now effectively one.

It is an extraordinary picture that Adam paints and a stunningly rich one. Indeed, we can only say with all the earnestness we can muster, “What therefore God hath joined together, let not man put asunder.”