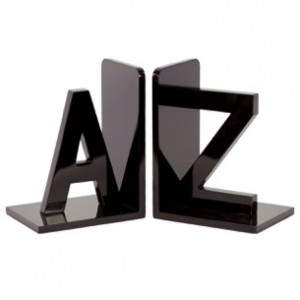 I think it’s fair to say that art can reach the inner person quicker than an outline (though perhaps “art” is a strong word for my poem!). That is the thrust behind this attempt to summarize the storyline of the Bible. My goal was to produce something that would arrest the reader with the brilliance and intricacy of the Scriptures by tying the major themes together. I wanted the lifelong Sunday-school learner to come away with a fresh vision of what God is doing in history and the privileged role that He has given to us. Take a look, and see what you think.

(This poem is written in anapestic meter; each foot has two unaccented syllables followed by an accented syllable. Each line (with a few exceptions) contains nine syllables, three metric feet.)

In the beginning there was nothing,
Nothing but God, holy, unchanging.
Sharing one nature in three persons,
Father, Son, Spirit, never ending.

God needed nothing for completion,
But for the brilliance of his glory,
He chose to speak into existence
A world to share in His great story.
With three simple yet powerful words

This great King created a kingdom.
His world reflected him perfectly,
To rule it all a man named, Adam.

God gave man everything to enjoy
And lived with man in that special place.
God’s Word would be the authority
Bringing blessing and light from God’s face.

But like a dead fly in the ointment
The old snake invaded the Garden.
God’s enemy, using deception,
Tempted man to doubt God’s love for him.

Believing we would be happier
Out from under God’s authority,
Man listened to the words of Satan
And ate, losing sinless purity.

Shame instantly haunted the couple,
So they hid from God’s presence in fear.
Like a patient who’s ripped out his lifeline,
Death entered the picture from here.

Bound by what’s right, God cursed the whole world
Because sin corrupted everything.
But God promised to crush the devil
To set the world free from death’s sting.

Man’s evil progressed from bad to worse.
Murder and deceit ravished the earth.
So God wiped the world clean with water,
But man’s heart was still wicked from birth.

Move forward to Genesis twelve now.
God chose to bless one man, Abraham.
God promised him people and a place.
This family will be God’s new program.

God multiplied Abram’s family;
In Egypt he saved them from famine.
He promised a ruler from Judah,
But an evil Pharaoh enslaved them.

Israel cried out for deliverance,
So God sent them the savior, Moses.
God broke Pharaoh’s back with His power.
Nothing could stop Abraham’s promise.

God led them through water and desert
Bringing them to the mountain, Sinai.
Through Moses He gave them His good Law,
But their hearts were too hard for that rabbi.

God lived with his people in a tent;
He guided them by fire and cloud.
But most people still wouldn’t listen.
Their stomachs were growling too loud.

God provided rest for His people
By placing them in the Promised Land.
He lived with them there in the temple.
David held Judah’s scepter in hand.

But God’s people still would not listen.
They rejected the LORD, their True King.
The problem runs deep on the inside,
So God promised internal cleansing.

He would put his Spirit inside us,
Which would make us alive forever.
But this gift would cost God everything;
God’s King would be crushed for God’s pleasure.

God would send us His Sinless Servant.
He’d live for the needy and poor.
Then give up His life as a ransom,
And rise from the dead as the Savior.

But that was far into their future.
First the Jews would suffer God’s judgment.
God sent His people to Babylon,
Barred from God’s presence in punishment.

They cried out to God for deliverance,
And God remembered His promise.
He brought his people home to Canaan,
Where they waited through years of silence…

…Heaven is about to burst open.
It starts with an angel and Mary.
He tells her she’ll give birth to a Son.
God moves in remembrance of mercy.

This one will be Son of the Most High.
He’ll rule from the throne of His Father.
He’ll bring the best news for all people.
His name will be Jesus, the Savior.

When her time for delivery arrived,
She went to the city of David.
She laid her firstborn in a manger.
The Lord became what He created.

The trickle from heaven exploded
As thousands of angels announced him.
“Great joy that will be for all people;
The Lord Christ is born in Bethlehem.”

Jesus grew in wisdom and stature
Until John appeared in the desert.
A voice crying in the wilderness,
telling people, “Turn from sin’s pleasure!”

Then one day He made his appearance.
Jesus came to John in the Jordan.
He was baptized and filled with God’s Spirit.
Coming up the heavens split open.

The Spirit brought Him to be tempted.
In the desert He faced the old snake.
But this Man is what we all should be;
God’s commandments He never would break.

He read from the prophet Isaiah
That He came to preach good news to man.
He healed the sick and cast out demons.
He lived to fulfill His Father’s plan.

He called twelve to be His disciples,
And prepared them for what would come next.
God’s people would betray their Savior.
They’d ask Pilate to put Him to death.

But this was His purpose for coming,
So He rode into Jerusalem.
He ate one last meal with His brothers,
And sweat blood through prayer in the garden.

Submitting His will to the Father,
He went with the guards to stand trial.
The religious leaders blasphemed Him,
Not to mention Peter’s denial.

Finally the high priest simply asked Him,
“Are you the Christ, Son of the Blessed?”
Then Jesus responded from Daniel,
“I’ll come with the angels of heaven.”

They dragged Him to stand before Pilate
Demanding he crucify Jesus,
So Pilate gave into their wishes.
They beat Him; His back torn from lashes.

They marched Jesus out of the city
Where they pinned Him to die on a tree.
They railed Him with curses and cruelty
As He bled out for you and for me.

The Father took all of His anger
Pent up from the filth of mankind.
He poured the whole cup out on Jesus,
The payment of your sins and mine.

They took His corpse down that same Friday,
And buried Him in a rich man’s tomb.
The women from Galilee saw it;
They’d return when the Sabbath was through.

As the first light was dawning on Sunday,
Several women came bringing spices.
They paused as they noticed the entrance.
They entered…no body inside it.

Then an angel appeared in the tomb,
And told them that they should not fear him.
“Did you come here looking for Jesus?
The Lord is alive; Christ is risen!”

The women could hardly believe it!
They rushed back to deliver the news.
But the twelve thought this tale was idle.
To believe it they’d need living proof.

That night the group gathered in secret
Afraid of what might happen to them.
Then Jesus appeared behind locked doors.
Their Lord had come back from the dead!

He opened their minds to the Scriptures,
And taught them for forty days longer.
He promised to send them God’s Spirit.
The church would be built by this Power.

Then Jesus sat down by His Father.
Where He rules as the judge of mankind.
While the twelve returned to the city,
To be clothed with this Power on High.

Later, when they all met together
Tongues of fire appeared on each one.
They shared the great message of Jesus.
The church was born and thousands were won.

The twelve started in Jerusalem;
Then they reached people in Judea.
The news was growing and increasing
As they moved into Samaria.

The gospel spread all over the earth,
And the news is still moving forward.
Jesus continues building His church
As the Cornerstone; we’re brick and mortar.

Then on the day known by the Father,
King Jesus will return in the sky.
He’ll come in great power and glory.
At His word all his enemies die.

He’ll rule as the true Son of David
Over God’s kingdom for one thousand years.
He’ll radically transform creation.
The King of Kings will wipe away tears.

At the end He’ll forever damn Satan;
God’s enemy will never return.
Then He’ll resurrect every person,
And judge each based on what he has earned.

Some will be rescued from the fire,
Those who trusted in Jesus alone.
He’ll welcome them into God’s presence.
They’ll worship the Lord on His throne.

God will make a New Heaven and Earth
Where His people will live forever.
He’ll restore the Garden of Eden.
The story ends happily ever after.

Thanks for reading to the end! Please comment if you believe I missed something!