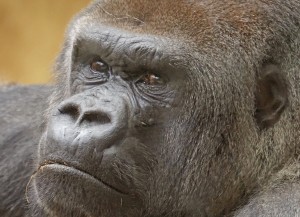 Last Saturday at the Cincinnati Zoo, a gorilla was killed to protect the life of a 4 year old boy who had fallen into the gorilla enclosure. The gorilla, named Harambe, was a member of an endangered species, with less than 175,000 western lowland gorillas worldwide.

This incident has created quite a bit of controversy. An online petition asking for “Justice for Harambe” by holding the parents of the boy responsible for the death of the gorilla has garnered over 475,000 signatures to date. While the petition indicates the decision to kill the gorilla was “heartbreaking” it was “made in the best interests of keeping the child…safe.”

But not everyone agrees that the child’s life should have taken priority. I read through some of the comments following a statement by the zoo posted on Facebook. Two comments in particular stood out to me (though several others expressed similar sentiments). The first said that, since the gorilla was an endangered species, his life should be worth the lives of at least ten children. The second asked how anyone could possibly argue that a human life was more valuable than a gorilla’s life without assuming an anthropocentric view of the world—the idea that humans are the most significant beings on earth.

But I think to really consider questions like those raised above, we need to step back further and ask why we would consider a gorilla’s life valuable in the first place. There is almost universal agreement that the gorilla’s death was tragic, but why would we say that? Richard Dawkins has stated: “In a universe of electrons and selfish genes, blind physical forces and genetic replication, some people are going to get hurt, other people are going to get lucky, and you won’t find any rhyme or reason in it, nor any justice. The universe that we observe has precisely the properties we should expect if there is, at bottom, no design, no purpose, no evil, no good, nothing but pitiless indifference” (Dawkins, River out of Eden: A Darwinian View of Life). Thus, if naturalistic evolution is true, life itself has no more real value than death. And the death of Harambe was in no way tragic, because nothing is either good or tragic. It just is.

Perhaps one could argue that life is good because survival is the goal of evolution/natural selection.* But the goal of evolution/natural selection would only include the survival of your species as a good thing. This argument would result in a extreme version of anthropocentrism, in which the only lives that matter are human lives and the only good is the continued survival of humanity. It is hard to see how a gorilla in a zoo contributed to humanity’s survival, so his death—or the death of any other creature—is in no way tragic. Rather, it is at least insignificant and at most something to be celebrated, since it diminished the population of a species that could serve as a threat to humanity’s survival.

So does a gorilla’s life matter? According to the Bible, there are at least two reasons why a gorilla’s life matters. The first is that life itself is a good gift from God, and that includes the lives of animals (Gen 1:31; 1 Tim 6:13). Death is not part of God’s good creation (Rom 5:12; 8:20-23). Thus anytime life is destroyed, it is tragic. God not only created the animals and gave them life, but He also continues to care for them. He provides food for them to eat (Ps 104:14; Matt 6:26) and wants to avoid their unnecessary deaths (Jonah 4:11).

“Are not two sparrows sold for a penny? And not one of them will fall to the ground apart from your Father. 30 But even the hairs of your head are all numbered. 31 Fear not, therefore; you are of more value than many sparrows.” (Matt 10:29-31)

*This is not a valid argument. It confuses “is” with “ought.” It moves from saying that evolution and natural selection are directed toward survival to saying that survival, and by extension life, is a good thing. But there is no valid reason to make that move. But since it is a common (though flawed) argument I consider it to see its implications.