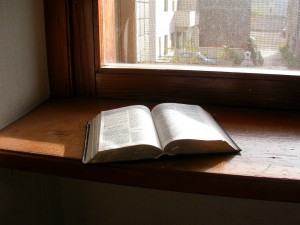 So said Paul in 1 Corinthians 9:23. And so we must agree with him. Still, I wonder whether this verse can sustain all the freight that has been loaded onto it over the years. Does it mean, as John Piper suggested a few months ago, that Christians should not carry concealed weapons or use lethal force against violent intruders/rapists? Does it mean, as one side of last week’s boycott battle over Target affirmed, that Christians should eschew boycotts? Does it mean, as a man insisted to me last month at the Menno-Hof Museum in Shipshewana, IN, that we must be resolute pacifists? The following are a few thoughts on the topic: