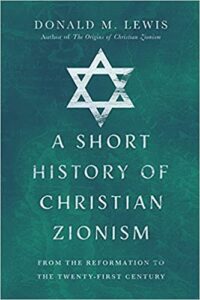 Writing after World War I, the British War and Air secretary Winston Churchill avouched his support for Zionism, a movement that afforded in his view a welcome counterpoise to the menace of communism: “Some people like the Jews and some do not; but no thoughtful man can doubt the fact that they are beyond all question the most formidable and the most remarkable race which has ever appeared in the world.” Churchill championed Britain’s role in the formation of a Jewish state: “It has fallen to the British Government, as the result of the conquest of Palestine, to have the opportunity and the responsibility of securing for the Jewish race all over the world a home and a centre of national life. . . . [I]f, as may well happen, there should be created in our lifetime by the banks of the Jordan a Jewish State under the protection of the British Crown, which might comprise three or four millions of Jews, an event would have occurred in the history of the world which would, from every point of view, be beneficial, and would especially be in harmony with the truest interests of the British Empire” (“Zionism versus Bolshevism: A Struggle for the Soul of the Jewish People,” Illustrated Sunday Herald, 8 February 1920, 5).

Churchill’s aspirations for the creation of a Jewish state would not come to fruition for thirty years, but his consistent backing of the Jewish people and of Zionism would earn him a reputation as among the most philo-Semitic of British statesmen (see W. D. Rubinstein, “Winston Churchill and the Jews,” Jewish Historical Studies 39 [2004]: 167–76). Yet the roots of British support for the creation of a Jewish homeland in fact antedate Churchill by centuries, going back to the Victorian-era Prime Minister Benjamin Disraeli (1804–1881) and further still to Oliver Cromwell (1599–1658) and a number of the Westminster divines (see B. Horner, Future Israel, 28–29; W. C. Watson, Dispensationalism before Darby, 22–45).

Churchill’s outspoken support of a Jewish state offers a window for assessing a recent publication attempting to outline the history of Christian Zionism (hereafter CZ): A Short History of Christian Zionism by Donald M. Lewis (InterVarsity, 2021). In recognizing that few topics are likely to raise ire such as this one, the reviewer approaches such a book with a degree of deference. Yet by the time the author had derisively dismissed Churchill’s endorsement of a Jewish state as mere “Sunday School Zionism” (219), an unfortunate shortcoming that the book never shakes had become clear. In short, Lewis oversimplifies the causes of Christian Zionism, over-generalizes its varied supporters, overlooks alternative sources of support, and ultimately misreads why many Christians champion a Jewish homeland.

Until his recent death Donald Lewis was professor of church history at Regent College in Vancouver, British Columbia. While the present volume by title claims to cover nearly 500 years of church history, the book begins with the first century to provide context for the church’s views. The volume comprises fifteen chapters, with nearly half covering the period up to the twentieth century and the rest treating CZ after the Balfour Declaration in 1917. The final chapter looks forward by interacting with the recently published The New Christian Zionism, ed. Gerald McDermott (InterVarsity, 2016).

Lewis early on—inside the first page in fact—betrays his hand as sympathetic to supersessionism, with a subtle dismissal of interpreters who see a distinction between Israel and the church: “Gentiles . . . have historically understood themselves as ‘the Israel of God,’ a phrase Saint Paul uses to describe Christians in Galatians 3:29 and Galatians 6:16” (17, emphasis mine). From there Lewis merely gains steam. His glib survey of the Scriptural passages sets a cavalier tone that never subsides. It comes as no surprise, then, when he argues that “modern exponents of . . . premillennialism have tried to find historical precedents for their views in patristic premillennialism, but this is not supported by the evidence” (27). Here he cites a lengthy quote from Stanley Grenz in The Millennial Maze (InterVarsity, 1992). The quotation is early evidence of another troubling trend: Lewis almost never cites primary sources. In nearly every case in which he documents his conclusions he cites a secondary source antagonistic to the leader or interpreter he surveys. Such a tack is deeply disconcerting to the dispensational reader who could well list a litany of books and articles that demonstrate exactly the opposite, namely, that primary evidence does support patristic premillennialism together with widespread support for the future salvation of the Jewish people (see, e.g., Larry Pettegrew, ed, Forsaking Israel: How It Happened and Why It Matters, 2nd ed. [Kress, 2021]; J. C. Morris, Ancient Dispensational Truth [Dispensational Publishing, 2018]).

Lewis parades a number of tired tropes and untruths that are sometimes given rein in the antidispensationalist writings he cites: evangelicals cling to CZ because their own experience “on the margins” has created an affinity for the Jews (130), Darby invented the doctrine of the rapture while recovering from an injury in 1827 (140), Darby and dispensationalists hold that all human institutions including the church are apostate (148), prominent fundamentalist supporters of CZ were also secretly anti-Semitic (201, 208), CZ secularized evangelical theology so as to lose the centrality of Christ and the gospel (266), and the like. Lewis lacks sympathy for his subjects, but perhaps more to the point he applies a sociological lens instead of a theological one. And this is perhaps his greatest shortcoming: he fails to understand the Christians who support a Jewish homeland because he fails to understand them theologically. Most, I would aver, champion a Jewish state not because their own sense of marginalization compels them nor for a raft of other social causes but for a much simpler reason: they read their Bibles.