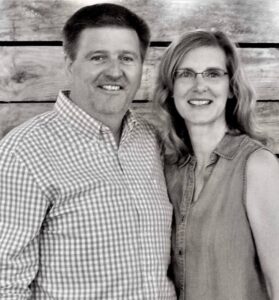 This is a lightly edited version of the challenge delivered to our seminary body at our recent convocation dinner.

Among the many things for which I’m thankful as a proud alumnus of Detroit Baptist Theological Seminary is the remarkable consistency that has characterized the school since its founding in 1976. For example, DBTS has enjoyed doctrinal consistency among its professors owing largely to a consistent hermeneutical approach. Literal or normal interpretation yields generally uniform outcomes, with any differences mostly around the margins.

The Seminary has also maintained an amazing consistency in its leadership. When I began attending DBTS in 1988 it had hired five professors in the seven years prior. The shortest tenure among them turned out to be 22 years, and one of those men has been teaching for 37 years and is still going strong! When retirements necessitated a transition, the Seminary was able to hire its current faculty, some trained at DBTS and others brought in from outside, but all with the same resolve of their forbears and poised to carry the baton forward well into the 21st century. And yet the longevity of the faculty is surpassed by the long pastorates at the church which operates the Seminary. Incredibly, Inter City Baptist Church has had but two pastors in the 73 years of its existence!

The Centrality of the Local Church

Continuity at the pastoral level has been extremely important since from its inception the school has existed as a ministry of the local church, representing still another area of consistency. A focus on the importance of the church in God’s work is something which, unfortunately, is all too rare.  For example, the founder of Dallas Theological Seminary said this:

No responsibility of service is imposed on the church per se. Service, like the gifts of the Spirit by whom service is wrought, is individual … The common phrase, ‘the church’s task,’ is, therefore, without Biblical foundation (Lewis Sperry Chafer, Systematic Theology, 4:149).

Evangelicalism has tended to follow this line of thought, devaluing the local church. Accordingly, I was not surprised to discover that of the notable graduates listed on the Wikipedia page for one of the major evangelical seminaries 22 of the 32 either never served as pastors or are known mostly for some ministry other than pastoring.

The diminution of the local church in evangelicalism has taken place over decades in favor of a myriad of parachurch organizations. Those who devalue the local church often do so by an inordinate emphasis on “the universal body of Christ.” While the church certainly does have a universal aspect, the clear emphasis of Scripture is on its local manifestation. Of the approximately 114 occurrences of the term ekklesia in the New Testament, about 99 are clear references to the local church. From a New Testament perspective, the universal body of Christ is always embodied in local assemblies of believers.

In contrast to this popular but mistaken view of the church are the words of the longtime president of DBTS, the late Dr. Rolland McCune from 1982:

The Detroit Baptist Theological Seminary was begun and is totally controlled by the one institution God ordained as His instrument of witness and work in this dispensation—the local church. The School is committed to the training of men for service that will be under the aegis and outreach of local New Testament churches. There is no interest in aiding “parachurch” organizations that succeed only in siphoning men, energy, time and money away from the local church and its world-wide mandate. These organizations may be mission agencies, camps, schools, campus works, radio and TV programs, home Bible studies, social and political action groups, concerns for the poor and hungry, seminars on the home, and the like. But they all alike have one fatal flaw: a failure rightly to be related and accountable to the institution of the local church.

I am writing these things to you, hoping to come to you before long; but in case I am delayed, I write so that you will know how one ought to conduct himself in the household of God, which is the church of the living God, the pillar and [ground] of the truth.

Dr. McCune said this about that passage:

In 1 Timothy 3:15 the greatest exponent of church truth, the apostle Paul, said that the church was the “pillar and ground of the truth.” That this refers to the local church is clear from the preceding clause where the church is the sphere in which Timothy was to … conduct himself. This cannot be an invisible or universal entity. Furthermore, Paul’s purpose in writing the Pastoral Epistles was to give a manual on local church affairs and not to set forth great theological abstractions about the body of Christ.

The Seminary believes that this incomparable Organism—the local New Testament church—is a marvelous and beautiful display of the matchless wisdom of our great God. We believe fully that God’s work can be accomplished completely and efficiently IF THE LOCAL CHURCH IS ALLOWED TO FUNCTION AS THE NEW TESTAMENT DIRECTS. To that end we are attempting to train our students as skillfully and as carefully as we know how.

The Local Church and the Great Commission Began Together

The church began on the Day of Pentecost in Acts 2. We know this because 1 Corinthians 12:13 teaches that the body of Christ is formed by the baptism of the Spirit. Jesus said in Acts 1:5: John baptized with water, but you will be baptized with the Holy Spirit not many days from now. In Acts 2 baptism with the Spirit does occur and in Acts 11:15 Peter referred to this as ‘the beginning’ – i.e. the first occurrence of Spirit baptism and by implication the beginning of the church.

The Great Commission also began on the Day of Pentecost. Jesus said in Matthew 28:19 that the Commission will include “baptizing” disciples, and in Luke 24:47 He said, Repentance for forgiveness of sins would be proclaimed in His name to all the nations, beginning from Jerusalem. All three of these elements – baptism, repentance, and forgiveness of sins – come together at the end of Peter’s Pentecost sermon: Repent, and each of you be baptized in the name of Jesus Christ for the forgiveness of your sins (Acts 2:38).

The Church and the Great Commission Move Forward Together

The advance of Christ’s mission in the Book of Acts takes place geographically. Jesus said, You shall be my witnesses both in Jerusalem, and in all Judea and Samaria, and even to the remotest part of the earth (Acts 1:8). Luke documents the progress of the Great Commission with seven reports (cf. 2:47; 6:7; 9:31; 12:24; 16:5; 19:20; 28:30-31) that make it clear that the advance of the mission is co-extensive with the progress of the churches. For instance, the report in 9:31 says “Then the church throughout Judea, Galilee and Samaria enjoyed a time of peace. It was strengthened; and encouraged by the Holy Spirit, it grew in numbers, living in the fear of the Lord.” Likewise, 16:5 states, “So the churches were strengthened in the faith and grew daily in numbers.” Again, 19:20 informs us that, “In this way [Paul’s missionary journeys] the word of the Lord spread widely and grew in power.”

The apostle Paul followed a clear plan in Acts 13-14: After being commissioned by his home church in Antioch of Syria, he planted a new church in Antioch of Pisidia, from which he was able to reach out to neighboring cities to establish other churches in Iconium, Lystra, and Derbe. Paul followed the same pattern during his next missionary journey in Acts 16-18. On this occasion he planted the “mother church” in Ephesus which commissioned a trained disciple (Epaphras, see Colossians 1:7) to establish churches in Colossae, Laodicea, and Hierapolos. In each of these examples, Paul or a trained fellow worker 1) communicated the gospel, 2) organized congregations, 3) taught them doctrine, 4) helped them appoint pastors, and 5) checked back on their progress.  The end result was always an autonomous local church.

The primary mission of the Church, and, therefore, of the churches is to proclaim the gospel of Christ and gather believers into local [visible] churches where they can be built up in the faith and made effective in service, thereby planting new congregations throughout the world.[1]

All of this means, as DBTS believes, that there should never be a mission-less church, nor a church-less mission.

Detroit Baptist Theological Seminary has been consistently committed to working under, with, and for the local church as the means by which Christ’s mission moves forward in His world.  May the Lord bless my alma mater as she continues the work of which Dr. McCune wrote nearly 40 years ago, “training students as skillfully and as carefully as we know how”until the end of the age at the rapture of the Church.

Ken Brown is the lead pastor of Community Bible Church in Trenton, MI, a church he helped plant in 2001.