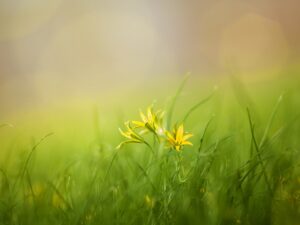 I was recently reading a book designed to answer questions posed against Christianity.[1] The book is good, and I recommend it, but I want to use one of the statements in the book as a jumping pad to a point the author was not directly making.

Rebecca McLaughlin was writing about a time she was sharing her faith with an unbeliever and the unbeliever’s friend. McLaughlin mentioned that she knew what she believed sounded crazy. The friend of the friend said, “No, I am sure he does not think what you believe is crazy!” McLaughlin responded, “Yes, he does! I believe the entire universe revolves around a first-century Palestinian Jew who died on a cross and was supposedly raised from the dead. That’s crazy, right?”[2]

This exchange has remained with me because I have recently been thinking about the “unbelievable” nature of all reality. A moment’s observation will reveal that we become accustomed to the unbelievable quite easily. Consider, for example, how crazy it is that you can control your fingers with your mind. I really mean it—look at your hand and move your finger. How is it possible that an immaterial soul can affect a physical object? We are befuddled when we see a magician “do” telepathy (moving something with his mind), but actually we do it millions of times each day!

If we were to be able to step outside our experience, we would see that all of life is unbelievable—until it isn’t. Pictures, cell phones, the internet, automobiles—these were all unbelievable until they became normal. My kids do not find the TV unbelievable, though they should. And I strongly believe that inventions thirty years from now will appear unbelievable to us presently. But of course, then they will be quite easy to take for granted.

I want to make two simple observations: First, all of this reminds me that we need not shy away from the extraordinary character of the Gospel. Yes, it is unbelievable that the God who created the world would step into it to redeem us. Yes, it is unbelievable that Christ would take our sin and grant us His righteousness. Of course, some claims are further masked by a spiritual stupor, one that masks the wisdom of God. But I think sometimes we shy away from the claims of Scripture because they seem unbelievable to the world. By meditating on the wonder of creation, we see that the explanation for the wonders we see must be all the more wonderful. If creation is unbelievable, shouldn’t we expect the Creator to be even more so?

Second, just as my children have been deadened to the wonder of technology, so we are in danger of becoming deadened to the wonder of the world. We ought to stop periodically to watch the birds, look at the stars, consider the workings of our fingers. In all these things the wisdom of God is displayed. But let’s also not be deadened to the wonder of redemption. I believe something unbelievable—the Son of God took on human flesh, humbling Himself to the lowest of servants to buy me from servitude to sin. I have been made new in Him and, having been bought with a price, I owe Him my life. He has promised that not only will He give me access into His eternal presence, but He has also given me access in His grace today, and He hears me. He has promised that He will also reward me according to my faithfulness—a faithfulness that He works in me. Friends, that is unbelievable and true! Don’t become deadened to it!