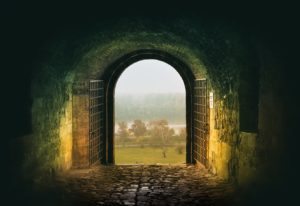 When John the Baptist, firstly, and then Jesus began announcing that the kingdom of heaven was “at hand” (Matt 3:2; 4:17, 23) they were announcing that the anticipated Israelite kingdom of OT prophecy was being immediately offered to Israel, and that their predominantly Jewish hearers should repent and prepare for its arrival (so the explanation of Mark 1:15). The apostles participated in this offer as well, with something of a recklessness begotten of imminency, taking no thought for food, money, or even a change of clothes (Matt 10:5ff; Luke 10:4). Their message is described in Luke as the Gospel of the Kingdom (Luke 16:16; cf. Matt 9:35; Luke 4:43; 8:1).

After Christ’s religious opponents blasphemed against him by attributing his royal prerogatives to Satan (Matt 12), Christ began to divulge mysteries about the kingdom to his disciples (Matt 13), most startling that the kingdom would be taken away from the present generation and given to another (Matt 21:43) and that Christ would go away for an extended period before returning to establish his rule (Luke 19:11ff). During the window between Christ’s departure and return, the Apostles would persist as agents of Christ, but their approach would change. Rather than the recklessness of their earlier mission, the disciples would now pack food, extra clothing, and other resources—even weapons (Luke 22:36). They anticipated a long, grueling mission, one to which no end could be had until their message—still labeled the Gospel of the Kingdom—had been “preached in the whole world as a testimony to all the nations” (Matt 24:14). The beginnings of this mission are the topic of the book of Acts, where we again find the Gospel of the Kingdom as a persistent label for the Apostolic message (Acts 8:12; cf. also 19:8; 20:25; 28:23, 31).

Because the same language is used of (1) Christ’s message, (2) the Apostles’ message, and (3) the eschatological message that will persist until “the end,” we may reasonably assume that harmony may be found between all three references. Five basic options emerge:

1.  The Gospel of the Kingdom is the announcement that the King has arrived (in the person of Christ), that the Kingdom has been inaugurated in the present age, and that there is a promise of full and spectacular realization of that Kingdom in the future. This is the understanding held by a current majority within the evangelical community, including (with variations, of course) those of postmillennial, historic premillennial, and even progressive dispensational persuasion.

2.  The Gospel of the Kingdom is the announcement that the Spiritual Kingdom of God has dawned in the new covenant community of God and will continue to advance, despite incredible odds, until Christ returns. This understanding boasts majority status in Church History, and has robust representation today among amillennialists and, again with some variation, among certain subsets of progressive covenantalism.

3.  Others suggest that the Gospel of the Kingdom is simply code for the Christian Gospel, and should not be overscrutinized for its contributions to kingdom theology.

Of these three, the last option alone can weather to the whole Bible’s teaching on the Kingdom. Still, the use of the phrase Gospel of the Kingdom seems to suggest that something more is in view than the bare Gospel. Within the traditional dispensational community, then, two additional possibilities emerge.

4.  One persistent minority position is that the Gospel of the Kingdom refers iteratively to three immediate offers of the prophetic (Israelite) kingdom—first in the Gospels, again in the book of Acts (a “re-offer,” so McClain, Greatness of the Kingdom, 403–6), and a third time in the eschaton (Matt 24:14), at which time Christ’s scepter will finally go out from earthly Zion and swiftly subsume the whole earth.

Easily the greatest difficulty with this understanding is the interior offer, which occurs during the church age and seems quite out of place in the flow of the narrative. While I have some sympathy for McClain’s arguments for an immediate offer (e.g., that the miracles of Acts 3 resemble closely Christ’s “signs of the age to come” [Heb 6:5] and that the promised “periods of refreshing” [Acts 3:19] sound like the OT kingdom promises), I am not convinced of it for the following reasons:

This leaves us with what I think is the best understanding of the Gospel of the Kingdom, viz.,

5.  The Gospel of the Kingdom encompasses the whole, unfolding good news about Christ’s Kingdom. For the church age, specifically, it is the message that opportunity for entry into Christ’s Kingdom has opened not only for the lost house of Israel, but also for the many nations once excluded from the promises. There is no suggestion here of changes to the content of the Gospel or the means of its realization; still, there are contours to the message that make it increasingly “good news” as revelation progresses.