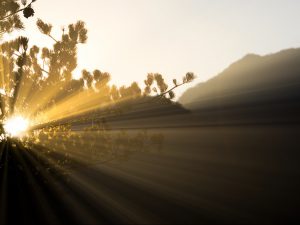 Two years ago at the national meeting of the Evangelical Theological Society, anticipation ran high about a scheduled plenary debate on the doctrine of the eternal generation of the Son. The debate fizzled rather spectacularly, however, when two of the three dissenters to the doctrine reversed their views on the eve of the debate. The lone holdout (Millard Erickson), now outnumbered five to one, chose not to play the role of David, and Goliath won the day.

Since then we have seen a great parade of articles and books written in favor of eternal generation and almost nothing in response, leaving the sense that all alternative views have been debunked, or worse, proved heretical. This is unfortunate.

My goal in this post is not to write a full critique of the doctrine of eternal generation,[1]but rather to address a single verse that D. A. Carson has dubbed the crux interpretum of the debate,[2]viz., John 5:26: “As the Father has life in himself, so he has granted the Son to have life in himself”(NIV, but with no substantive differences among the major translations, excepting the NLT, q.v. below). I agree with Carson’s assessment of the importance of this text, but demur with his conclusions.

There are basically three possible interpretations of this verse. The first, which Carson bills as “ditheistic” (we might even say Arian), sees the Father as bestowing independent life or aseity on Christ at some point in time, thus rendering him God within history. That is, Christ was at one point not God (he was created, perhaps) and then became a separate God. We will not be considering this view as a legitimate option. I mention it, though, because a careless proponence of eternal generation can sometimes lead to this error.

A second view sees the Father as eternally bestowing independent life or aseity upon the Son, in Carson’s words, as an “eternal grant” (a.k.a. eternal generation). By arguing thus, the Son is ontologically “of the Father,” begotten or generated by him, yet not created or made. The rubric “begotten not made” (or some close equivalent) has been a part of the Christian tradition since the 3rd century, and has appeared in nearly every major creed since Nicaea. This rubric was a hedge against Arianism and is considered part of the orthodox tradition. By it the three persons of the Godhead are presented as wholly and eternally God, equal in essence and authority.

A third view argues that this passage does not speak at all to ontological relationships within the Trinity, but rather to matters of economy or function. It sees the Father bestowing on the Son the privilege of granting life to whomever he is pleased to give it. The NLT projects this interpretation in its translation: “The Father has life in himself, and he has granted that same life-giving power to his Son.” As such, the Father is granting the Son functional authority to grant life, just as he grants him the functional authority to judge in verse 27.

I am convinced that the last of these views is correct, for the following reasons:

This is a microcosm, incidentally, of my larger tension with eternal generation. While I appreciate the sentiment that insists that Christ was not made/created by the Father’s act of begetting/generating, I for the life of me cannot help but see here a distinction without a difference—a forceful declaration that the Son was ontologically a product by the Father, followed by an equally forceful statement that he was not. Of course, I want to preserve an element of mystery here. God is God and I am not, and there will always things about him that I do not understand. Still, the idea of a logical contradiction in God (that he is simultaneously both A and not-A) presses the bounds of mystery, it seems to me, to an unhealthy extreme.

Conclusion: The doctrine of eternal generation is not by this passage alone established or upended. Still, the preponderance of evidence leans the reader away from eternal generation and toward functional subordination—in this text at least.

[1]For some preliminary discussions to this end, see Robert Reymond, Systematic Theology, 324ff; John Frame, Doctrine of God, 707ff; Charles Hodge, Systematic Theology,1:468ff. These all detail historical Reformed unease with the classical expression of “eternal generation” back to Calvin’s Institutes, well known for its suspicions about and qualifications of the idea. See also Feinberg, No One Like Him, 488ff.