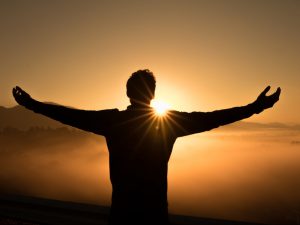 The question of the absence or presence of the indwelling ministry of the Holy Spirit in the Old Testament is a relatively new question in theology. Prior to the twentieth century, the question is almost entirely absent from the literature. In fact, one is hard pressed to find a treatment of “indwelling” at all—it was simply not a theological category in those days. Instead, it was more-or-less universally understood that regeneration inaugurated an ongoing, sanctifying relationship of the Spirit with all true believers, irrespective of the age in which they lived.

In the early twentieth century, several theologians of the dispensational persuasion broke from this tradition in what I would argue was an overzealous quest to find theological discontinuities in the wrong places. Arguing from texts such as John 7:39 and 14:17 (together with OT texts that see the Spirit coming and going), these suggested that the Holy Spirit was not permanently “in” but only occasionally “with” believers in the OT. One instructor explained to me that in the OT, the Spirit “sat on the believer’s shoulder,” but afterward relocated “inside the believer”; another flatly told me that OT saints, unlike NT saints, were “on their own” for their sanctification, receiving assistance only rarely from the Spirit. [NOTE: I want to stress that this is not “the” dispensational position—to my knowledge, the faculty of DBTS have uniformly affirmed OT indwelling for a good 35 years.]

Surprisingly, in the last decade or so, a similar idea has become popular in some Reformed circles, mostly among those of the progressive covenantal community. These argue, somewhat differently than the dispensationalist, that the Spirit was housed in the Temple under the old covenant and could only be accessed through regular pilgrimage, but that this restrictive situation was typical of the new and greater situation, realized in the new covenant, in which the Spirit would be dispersed variously to individual believers, the collective Temple of the Holy Spirit (1 Cor 6:19).

I have two major theological tensions with both approaches. Firstly, I am bewildered by the assumption in both models that God’s “indwelling” is primarily a matter of location. The Spirit is omnipresent, so the idea that he may be restricted to a building or to “sitting on the shoulder” is a strange one. The fact of the matter is that the biblical concept of indwelling is a metaphor. By it we mean that the believer and the Spirit are in union such that the believer is no longer a “natural” but a “spiritual man” (so 1 Cor 2). The Spirit’s location has not changed (it can’t), but rather his activity. He has opened blind eyes, unstopped deaf ears, softened obdurate hearts, and illuminated darkened minds by the miracle of regeneration, and afterward he preserves this new condition in believers until the day they die. This is what is meant by indwelling.

Secondly, I am troubled by the prospect that salvation was at any time in history other than what I have just described. If, in fact, the Spirit’s sustaining presence was not necessary to the regeneration and/or perseverance of saints before the Father (and the Son) sent the Spirit on his New Testament mission, then we really are looking at two ways of salvation—one in which believers “have the Spirit” and are thus “his” (Rom 8:9) and another by which believers may be “his” without having the Spirit, which (Paul informs us) is scandalous.

I am convinced that both the dispensational and progressive covenantal versions of indwelling as a “new” experience in the aftermath of Christ’s first advent are instances of biblical theologies forced unnaturally upon texts without regard for the steadying hand of systematic theology. While I am amenable to variations of Spirit activity from age to age (or from dispensation to dispensation or from covenant to covenant—take your pick), the “indwelling” work of the Spirit (such as it is) is necessary for believers of every age.