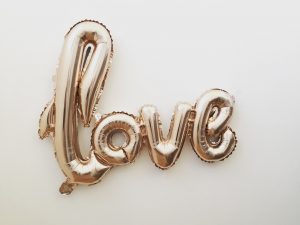 With Valentine’s Day just behind us, lingering questions remain about the concept of love. What is it? Is it a choice? An emotion? Some combination of the two? Or something else?

My thesis today is that this perpetual debate continues because we have lost the salient categories necessary to its resolution. I first became seriously alerted to this fact about eight years ago when I stumbled across Thomas Dixon’s book From Passions to Emotions: The Creation of a Secular Psychological Category. In it he suggested that the modern category of emotions is the brainchild of modern psychology, and that in migrating to this new category, we foolishly abandoned several, more carefully nuanced categories that had been in use for centuries.

My interest was renewed last month when I read a new book on the topic, a dissertation by my good friend Ryan Martin, Understanding Affections in the Theology of Jonathan Edwards: “The High Exercises of Divine Love,” a book that alerted me further to how comprehensive this categorical shift has been. Part of Martin’s task was to trace the psychological categories of appetites, passions, and affections as they appear throughout the course of church history. And in reading that survey, the reader cannot help but conclude that we regressed mightily when we amalgamated these three careful categories into the amorphous blob of an idea now known to us as “emotions.”

The categories of appetites, passions, and affections are not uniformly defined throughout the history of their usage; still, there is enough uniformity to offer some basic definitions:

These categories are quite useful for a broad spectrum of theological discussion. They help to answer the question, for instance, of divine impassibility, which is imprecisely discussed as a simple question of whether God has emotions, when it should be part of a series of questions of whether he has appetites (no), passions (no), or affections (yes).

But to our primary question. Is love an emotion or a choice? Properly speaking, the highest expression of love (with which the Scriptures are chiefly concerned) falls into the category of the affections, and as such should be regarded primarily as a motion of the will and not as an impulse of the glands. There is, of course, a sense that properly cultivated affections may be accompanied by surges of passion and even the satiation of chaste appetites. But the latter are incidental accouterments of love, not necessary components of it. Love, I would conclude, is fundamentally a choice.