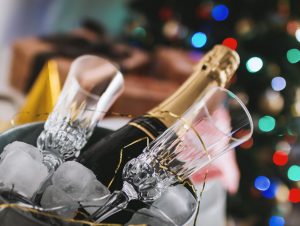 When Paul entered the Areopagus in Acts 17, he entered into a place where debates over the latest pagan ideas took center stage. It was the first-century equivalent of Facebook. But rather than answering the Athenian fools according to their folly and taking sides in impossible debates, Paul chose to stay above the fray and speak antithetically.

The recent cultural flap over the Song “Baby It’s Cold Outside” has left believers with a similar dilemma. It seems we must either (1) pronounce the song guilty of promoting criminally immoral, non-consenting date-rape, or (2) exonerate the song as an expression of innocuous flirting.

But this is a false dilemma of the worst sort. The fact is, whatever the case, the song promotes sin! Whether the song is promoting fornication or assault may, of course, be debated, but whatever the answer, the song is WAY outside the purview of legitimate entertainment for a follower of Jesus Christ.

Satan uses this rather clever tactic routinely to distract us from Scriptural answers in matters of Christian sanctification. But we simply must see through his rather primitive logical fallacy. Don’t answer the fool in his folly (in this case agonizing over the morally higher ground between two patently immoral options) or you risk thinking and becoming like the fool (Prov 26:4). Instead, consult the whole Scriptures and adopt a Christian perspective on such matters.