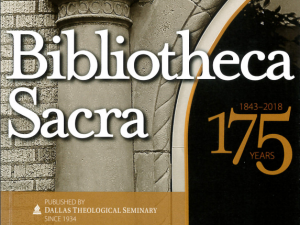 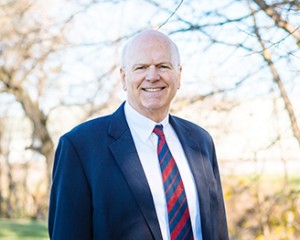 Dr. Bruce Compton, Professor of Biblical Languages and Literature, received the honor of having an article published in the 175th Anniversary Edition of Bibliotheca Sacra, the theological journal of Dallas Theological Seminary. His article, which is a later edition of a paper he presented at the 67th annual ETS meeting, is entitled, “The Ordo Salutis and Monergism: The Case for Faith Preceding Regeneration, Part 1.”

The following is the abstract of Dr. Compton’s article:

The order of events in initial salvation has traditionally pitted Calvinists against Arminians. Calvinists support monergism by placing regeneration logically before faith. Arminians support synergism by placing faith logically before regeneration. Some Calvinists, however, defend monergism, yet place regeneration logically after faith. In connection with the effectual call, the Spirit illumines the lost in a temporary life-giving work so that the lost respond to the gospel in saving faith. Logically following conversion, the Spirit imparts a permanent life-giving work in regeneration. In support of the third position, this study examines the key Old Testament texts that juxtapose repentance or faith with regeneration. Parts 2 and 3 examine New Testament evidence, define illumination, and assess the contribution of the third position within a Calvinist soteriology.