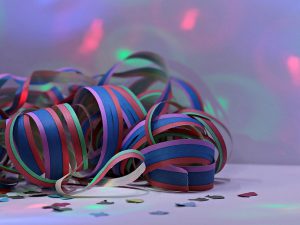 Our reaction when sinners receive grace from God gives us a window into what we believe. So let me ask you: Do see the sin of others as a disease from which you have been inoculated? Do you despise sinners who repent because you think they don’t deserve God’s forgiveness? If you answered yes to these questions, it could be that you have never repented of your sin, or it could be that you don’t appreciate the grace that God has shown to you. Either way, you must repent, because those who have received mercy from God will show mercy to others (cf. Matt 18:21-35). Our God loves to pursue the outcast and sinner, and that is why His love is so amazing. I was the outcast and sinner, and yet God pursued me. And if you are a Christian, He pursued you, and rejoiced over you when you came to salvation.

In the first parable, a shepherd loses his sheep. He leaves the others in order to find it, and when he finds it, he rejoices with friends. We should note that verses four through six form one interrogative sentence in the Greek language, which could be summarized as follows: What shepherd who lost his sheep would not search for it, and then rejoice with friends when he found it? The implied answer is: no one. Every shepherd who loses his sheep will search for it and rejoice with friends when he finds it. In verse seven, Jesus applies the parable to God: God searches for sinners, and rejoices with the angels when sinners repent.

In the second parable, a woman loses a coin that was of great value to her. Jesus structures the parable identically to the first parable, by using a question to invite a response (vv. 8-9 also form one interrogative sentence in the Greek), and then applying it to God’s view of sinners. His question could be summarized as follows: What woman who lost her coin would not search for it, and rejoice with friends when she found it? The implied answer is: no one. Every woman who loses a coin will search for it and rejoice with friends when she finds it. Jesus applies the parable to God in verse 10: God rejoices over sinners who repent. These first two parables help us in two ways: 1) they answer the Pharisees’ complaint regarding Jesus’ love for outcasts (“I love to pursue outcasts and sinners, and so does God”), 2) they set the framework for how we should think about the next parable.

In the third parable, a father loses his son (vv. 11-16). The son asks for his inheritance, and the father gives it to him. The son spends the inheritance on loose living, but then comes to a point of repentance (vv. 17-19). Like the characters in the first two parables, the father is actively searching (v. 20). And when he finds his son, he rejoices with friends (vv. 22-24). The difference in this parable is that Jesus does not form the main part of the story into a single interrogative sentence (verses 11-24 would would make for one extremely long sentence!). Nevertheless I think we could summarize the third parable by using the same format from the first two parables: what father who lost his son would not search for him, and rejoice with friends when he found him? And the implied answer would be: no one. No good father would neglect to search for his lost son, and no good father would fail to rejoice with friends when he found him. I think Jesus is responding to the Pharisees by saying,

What you see Me doing with these tax collectors and sinners is the work of My Father. He is a good Father, who searches for his lost son and rejoices when He finds him. It does not disgust the Father, or inconvenience Him to pursue lost sinners. He values repentant sinners, and takes joy in them. “There is [much] joy in [heaven] over one sinner who repents” (v. 10; cf. vv. 7, 20, 23, 24, 32).

If the third parable ended at verse 24, we could tie these parables up with a nice little bow and state the theme: God loves to save sinners. And I think that is Jesus’ primary point, but in verses 25-32, Jesus shows another facet to the diamond of His teaching. In verses 25-30, the older brother hears the news of his lost brother returning. He responds with anger over his father throwing a party for this hopeless, wretched little brother (vv. 28-30). Does this response sound familiar to the Pharisees’ response in verse two? The older brother, like the Pharisees and scribes, cannot bring himself to rejoice with the father, because he doesn’t value what the father values. He only looks at what is evil in the brother, and fails to acknowledge what the father loves: the positive act of repentance.

The second part of this third parable could be summarized using our template from the first two parables: what person who lost his brother would not search for him and rejoice with friends when he found him? The implied answer is: an unbelieving one. The response by the older brother is the height of self-righteousness. The older brother can’t rejoice with his father when his brother receives grace. In contrast to the repentant brother, he somehow thinks that he doesn’t need grace…that he has earned grace from his father. But earned grace, an oxymoron, would be defined as “earned ‘unearned favor.’” In reality, grace is offensive to those who think they don’t need it.

When the Pharisees grumbled that Jesus showed love to sinners, He could have responded in verse three by simply saying, “My Father also loves sinners”. But instead, He cleverly employs three parables to drive home His point:

These repeated statements by Jesus to the Pharisees are like left jabs, which are meant to set up the right hook for the knockout blow. And here is the point of the second part of the third parable (vv. 25-32): true sons rejoice with the Father when sinners repent.

Jesus’ message to the religious leaders in Luke 15 is essentially this,

Everyone who loses something of value searches for it. Everyone who finds something of value rejoices with friends when they find it. And you Pharisees are like the older brother. You don’t see any value in your younger brother. You won’t search for him, and you won’t rejoice when he is found. Your reaction shows that you are not true sons of God, because true sons of God rejoice with Him when sinners repent.

God loves to pursue lost sinners and rejoice over repentant sinners. Therefore, we, His children, must do the same.