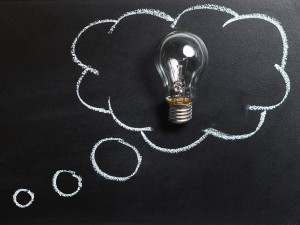 In the Gospels Christ several times promises that the Spirit will supply appropriate words to his disciples in seasons of persecution (Matt 10:19–20; Mark 13:11; Luke 12:11) and will “remind” them of what Christ had told them (John 14:25–26; 15:26–27). Do these passages teach that believers today may expect direct, verbal assistance from the Spirit when defending or propagating the Gospel?

I would commend an answer of “No.”

First, we note that the application of the John passages is tightly restricted to an audience that had “been with Christ from the beginning” (15:27) and who had personally heard the words of Christ “while he was still with them” (14:25–26). In other words, Christ is granting a peculiar gift to his immediate apostles (an “apostolic anointing,” if you will) to inerrantly deliver both oral and written testimony in the founding decades of the NT Church.

The contexts of Christ’s promises of specific words seen variously in the synoptic Gospels (Matt 10:19–20; Mark 13:11; Luke 12:11) are not identical. The circumstances of Mark’s promise are expressly eschatological, and specifically reference the Great Tribulation, a narrow context that is not in force today. Matthew’s promise, on the other hand, is made during the commission of the Twelve for their short-lived kingdom blitz—a very specific mission which was attended at every level by the miraculous, including an extraordinary prophetic enablement that allowed the apostles to function as direct spokesmen for God. Again, this is a context that modern believers do not share. Luke’s promise comes with less context than Matthew’s and Mark’s, but again seems narrowly directed to the Twelve (so 12:1) in specifically first-century contexts (when the church still met in the synagogues and when it was still possible for people to blaspheme against the Spirit’s attestation of Jesus’s messiahship—vv. 10–11).

This all being said, it would appear that a general promise of Spirit reminders and word prompts is not forthcoming for ordinary believers living in the present age. This is not to say that the Spirit cannot or does not help believers in their defense and propagation of the Gospel (he does!) but the prospect of verbal/revelatory assistance exceeds the biblical expectation.