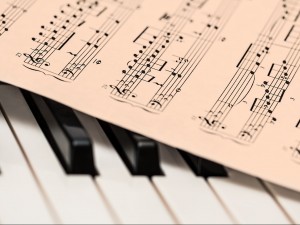 When a person self-describes as “conservative,” the meaning of the adjective can be elusive. Conservatism can be noble in one context and ignoble in another. What gives the word meaning, ultimately, is the explanation of what one is conserving and what one is allowing to progress.

For a couple of decades now we have seen the growth of “conservative” evangelicalism as a buttress against “mainstream” evangelicalism. But what exactly are conservative evangelicals conserving? The answer is not as clear as we might want it to be.

The idea of conserving anything other than content in worship has lately fallen on very hard times, and for many reasons. One obvious reason is that there hasn’t been a whole lot worth conserving for quite some time: the idea of timeless or universal composition has disappeared from the popular mind, and few even try any more. Instead, the assumption has grown that worship styles have never been anything other than a reflection of the generational/cultural tastes of a given society. Populism has won. Nothing else exists. And so any “conservatism” of worship (other than the conservation of propositional content) is seen by the majority as a ridiculous attempt to freeze or at least delay the innocuous progress of culture.

Within this distinctly postmodern approach to worship, certain worship models languish and others flourish. Praise/worship, revivalist/gospel, and seeker models flourish, while liturgical and hymnic models worship languish (I borrow these categories with some adjustment from Paul Basden’s dated but still useful book, The Worship Maze). We might name other models (or blend two or more of these), but this pretty much covers the basic approaches to worship.

The three flourishing models do well because they take their main cues from the dominant culture/zeitgeist/demographics of either a given church (the praise/worship and revivalist/gospel models) or prevailing secular culture (the seeker model). These evolve rather rapidly, but that is to be expected. Tensions arise, however, when generational blocks in a given church tire of the frenetic pace of cultural evolution and settle down into their generational favorites. For instance, within the revivalist/gospel model one block prefers the 19th-century Victorian strands of P. P. Bliss (sometimes credited with inventing or at least naming the “Gospel Song”), Fanny Crosby, etc. Another likes the music of musicians who teamed up with the great revivalists of the late-19th and 20th centuries (e.g., Ira Sankey, Homer Rodeheaver, Alfred B. Smith,  George Beverly Shea, etc.). In the second half of the 20th century the number of blocks multiplied, now along not only generational but also geographic and sub-cultural lines. We have a southern-style block; a countercultural/Hippie block; a block of devotees of the powerful soloists of the 80s and 90s; a block that loves the curiously juvenile sounds of Patch the Pirate; an lilting Irish block; and so forth.

This rapid acceleration and multiplication of styles (mirroring the acceleration of cultural change generally) has left churches using the revivalist/gospel model facing a serious dilemma. With devotees of Gaither, Green, the other Green, Garlock, and Getty all in the selfsame church, which cultural expression should we use? Three basic options emerge: Some (1) weave several or all of these expressions together into a blended service (an approach designed to satisfy everyone but which usually satisfies none); others (2) remain vigilantly progressive, keeping up with cultural trends and marginalizing everyone over the age of 30 (but hey, at least we’re reaching the youth the millennials); finally, (3) another group (who often calls itself “conservative”) locks onto a particular cultural milieu and completely alienates all succeeding generations, but manages to captures enough adherents to hunker down and “hold the fort,” their numbers dwindling slowly until they age out.

I have little sympathy for this kind of conservatism. I do understand it, and count many conservatives of this ilk as my friends. But they’ve fallen under the wheels of the bus that they rode to their own apex a few decades ago: the “Inspiring Hymns” generation had their day in the sun, then they gave way to the “Great Hymns of the Faith” generation, followed in turn by the “Majesty Hymns” generation, and now the “Hymns Modern & Ancient” and “Rejoice!” generations. Bottom line: Every generation displaces earlier generations, only to be displaced by the next. That’s the way the system works.

As I search my own heart, I confess that if I am forced to choose, I favor older gospel music to contemporary gospel music, but I’ll admit freely that this is a matter of pure preference. The biggest reason for this preference, I’d hazard, is that the similarities and associations of the latter with distasteful aspects of secular culture are more vivid to me than the former ones that have been obscured by time. But here’s the thing: I really, really don’t want to be forced to choose—and I don’t think I have to.

And that’s because as I understand conservatism, I don’t advocate for the preservation of any generational/cultural expression of the revivalist/gospel or praise/worship models. I don’t buy into these models at all. Instead, I yearn for a model that resists the evolutionary cycles of culture. A model that doesn’t borrow music from any culture, but instead creates transcendent music suitable to the full range of more-or-less constant affections reflected in the worship liturgies of the whole Bible; a model that produces music not to please any given worshipper or group of worshippers, but music that inclines all worshippers timelessly and uniformly toward the God who is.

Perhaps my dream is too idealistic to achieve; still I’d like to think that there is a solution that improves on the pattern of 21st-century American worship segregation.