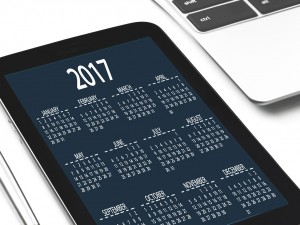 This year marks the 500th anniversary of the start of the Protestant Reformation. Martin Luther, a seminal figure in this religious renewal, posted his 95 theses in Wittenberg on October 31, 1517. Years later, in a sermon reflecting on the power behind the movement, Luther acknowledged the supremacy of the Word of God: “I opposed indulgences and all the papists, but never with force. I simply taught, preached, and wrote [of] God’s Word; otherwise I did nothing. . . . I did nothing; the Word did everything. Had I desired to foment trouble, I could have brought great bloodshed upon Germany; indeed, I could have started such a game that even the emperor would not have been safe. But what would it have been? Mere fool’s play. I did nothing; I let the Word do its work” (Luther’s Works, 51:77–78).

In light of this Reformation heritage, 2017 is a great year to dive deeply into God’s Word. I would encourage you to focus on practical, measurable, sustainable ways to feast on the Word in 2017. Below is a list of popular Bible-reading plans. If you’re not already committed to a reading plan, why not begin today? As Luther suggested, the Word of God will do the rest.