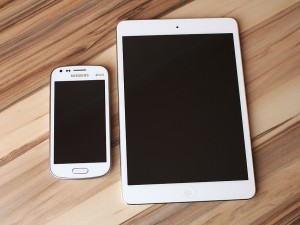 Is technology killing our sanctification?

Recently I was excited to attend a sacred Christmas concert. Soaring Christmas music combined with splendid orchestration and lush decoration created a unique visual and auditory experience. Elegant Christmas programs are annual events that we often anticipate long in advance. A fitting celebration of Christ and Christmas.

Yet I was only mildly surprised when, as soon as the music began, two university-aged young people sitting in front of me fished out their mobile phones and began surfing the web. They continued, transfixed to their devices, throughout the program, looking up only a few times during music or scene changes or brief bits of the Christmas message. The spectacle reminded me of a recent blog post entitled “Decorum” in which social critic Rod Dreher lamented the loss of civility when two attendees seated in front of him at a Christmas concert sat glued to their phone screens the entire time.

It also reminded me of a passage from Neil Postman’s classic jeremiad, Amusing Ourselves to Death. In commenting about Aldous Huxley’s Brave New World, Postman concludes: “What Huxley teaches is that in the age of advanced technology, spiritual devastation is more likely to come from an enemy with a smiling face than from one whose countenance exudes suspicion and hate. . . . When a population becomes distracted by trivia, when cultural life is redefined as a perpetual round of entertainments, when serious public conversation becomes a form of baby-talk, when, in short, people become an audience and their public business a vaudeville act, then a nation finds itself at risk; culture-death is a clear possibility” (155–56). Postman was speaking, of course, of television; smart phones have only exacerbated the symptoms. It seemed that I was watching Postman’s warning come to fruition before my eyes.

More recently Sherry Turkle has suggested that our culture of tethering to technology has created a crisis of presence. “These days, being connected depends not on our distance from each other but from available communications technology. Most of the time, we carry that technology with us. In fact, being alone can start to seem like a precondition for being together because it is easier to communicate if you can focus, without interruption, on your phone” (Alone Together: Why We Expect More From Technology and Less From Each Other, 155). She relates the story of being seated on a train next to a man carrying on a personal phone conversation. He ranted on about money issues, family conflicts, and binge drinking bouts. An awkward resignation settled in as she realized there was nowhere to go—the train was full. She came to the conclusion that the customary roles of absence vis-à-vis presence are often uncomfortably reversed in modern society: “There was some comfort in the fact that he was not complaining to me, but I did wish I could disappear. Perhaps there was no need. I was already being treated as though I were not there. Or perhaps it makes more sense to think of things the other way around: it is those on the phone who mark themselves as absent. . . . A ‘place’ used to comprise a physical space and the people within it. What is a place if those who are physically present have their attention on the absent?” (ibid.)

Are there spiritual lessons in this for Christians? I would suggest there are. I am not simply a Luddite bemoaning technology en toto. I am concerned that technology may be inadvertently prolonging the spiritual immaturity of many Christians. A few Scriptural reminders may help to clarify the issues at stake.

First, incarnation involves presence. The Christmas season itself reminds us that Jesus became a real, living man, flesh-and-blood, physically present, God-with-us. Thankfully, he didn’t Skype or FaceTime from heaven while multi-tasking a myriad of other chores. He walked the same planet, experienced the same emotions, felt the same pains that we do. In fact, this was necessary for our redemption. The writer of Hebrews states: “Therefore he had to be made like his brothers in every respect, so that he might become a merciful and faithful high priest in the service of God, to make propitiation for the sins of the people” (Heb 2:17). There is no incarnation without presence.

Second, the gospel involves presence. David Livingstone famously observed: “God had an only son, and He was a missionary.” Christ left heaven to come to earth to redeem sinners. And when Christ commissions gospel preachers, he commands them to go and make disciples of all nations (Matt 28:18–20). The apostle Paul emphasizes the primacy of preaching for the extension of the gospel: “How then will they call on him in whom they have not believed? And how are they to believe in him of whom they have never heard? And how are they to hear without someone preaching? And how are they to preach unless they are sent? As it is written, ‘How beautiful are the feet of those who preach the good news!’” (Rom 10:14–15). Beautiful feet must be in motion, physically going to places where people need to hear the good news of salvation and preaching that good news to them.

Third, discipleship involves presence. Spiritual growth obviously may be spurred through secondary means—solid Christian books, online sermons, prayer requests shared on Facebook. But lasting, consistent spiritual growth occurs only through physical presence in a local church. Divorcing spiritual well-being from church membership and attendance is inconceivable from a New Testament perspective. This is why the writer of Hebrews admonishes his readers not to abandon their assembling together (Heb 10:24–25). The apostle John stresses to his readers that the Christ they were preaching was real—they had seen, heard, and touched him and that was the basis of their fellowship with him (1 John 1:1–3). When we disciple other believers, or are in turn discipled by other believers, there is no substitute for spending time together, sharing a meal or coffee, hosting a get-together at home.

So let me encourage you this Christmas season to be present. Willful neglect of presence creates a spiritual version of what Huxley called the centrifugal bumblepuppy. So engage those around you. Share the good news of Christ’s coming. Mediate the blessing of God’s presence in a tangible, lasting way.